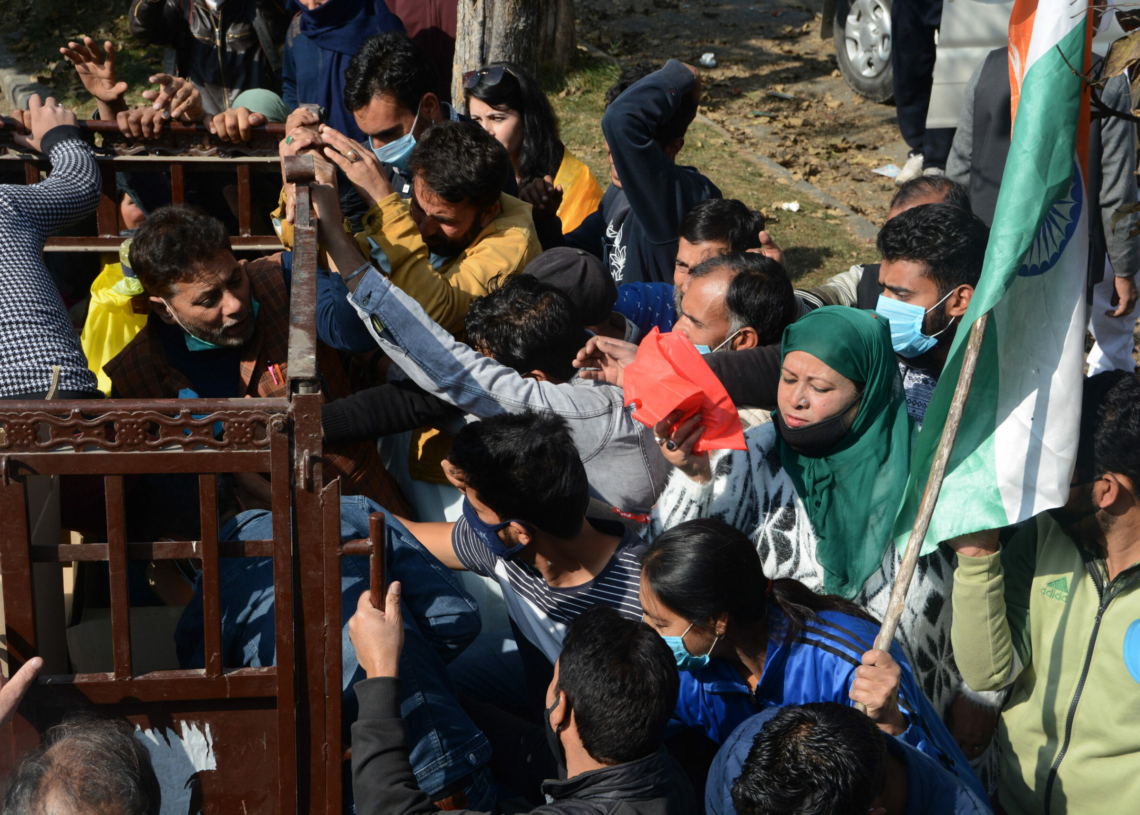 Srinagar: The Bharatiya Janata Party (BJP) Kashmir unit took out a ‘tiranga rally’ here on Monday to commemorate the ‘Accession Day’ however the gathering witnessed violation of Covid-19 protocols when Biryani was distributed among the workers after the event.

Hardly any social distancing norms were followed when Biryani was distributed at the SKICC on the Dal Lake banks where BJP workers were seen jostling to get their hands on the food packets.

The rally was taken out from the Tagore Hall to the SKICC and on the way, the BJP leaders were also seen shouldering each other during a brief sit-in outside the Gupkar residence of Peoples Democratic Party (PDP) president Mehbooba Mufti.

Though the BJP said the rally was held to mark the 73rd anniversary of the signing of the instrument of accession by Maharaja Hari Singh, the party leaders said they also wanted to give a ‘reply’ to those who had spoken against the tricolour.

“We are taking out a rally as an answer to those who were saying there will be no one left to hold the tricolor. Today, the children and youth of J&K are ready to hoist the flag and are coming forward. This is a slap for ‘made in China’ people whose time is up now and have exploited the youth in the name of autonomy and self-rule,” BJP state spokesman Altaf Thakur told reporters on the sidelines of the event.

The comments were apparently directly towards Mehbooba and National Conference president Farooq Abdullah. Mehbooba had on Friday said she will not hold the Indian tricolor till the flag of the erstwhile J&K state was returned to the people.

Speaking on the occasion, Gupta said: “The overwhelming response from local people of Kashmir and massive participation in the Tiranga rally is the tight slap on those so-called leaders of Kashmir that have made seditious statements in the last few days.”