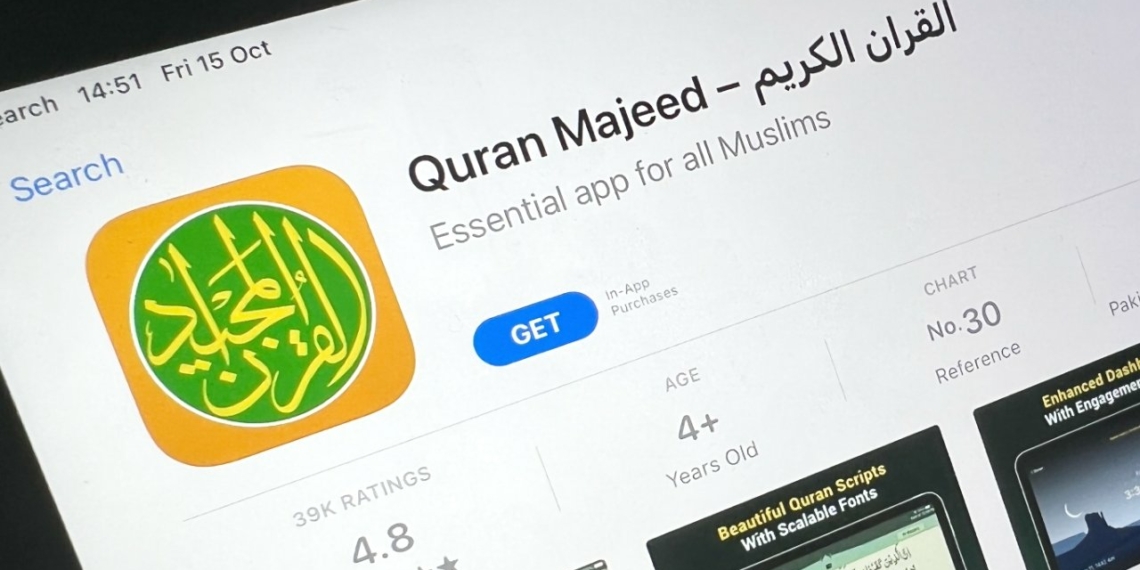 US electronics giant Apple has taken down a popular Quran app from its App Store following a government order.

Quran Majeed, the Apple app store app, is widely available in the rest of the world and has more than 150,000 reviews. It is used by millions of Muslims worldwide.

According to the BBC, the app was removed for “hosting illegal religious texts”.

The app’s takedown by Cupertino, a California-based company was first noticed by Apple Censorship, a website that monitors apps on Apple’s App Store worldwide.

Pakistan Data Management Services (PDMS), manufacturer of Quran Majeed, in a statement said: “According to Apple, our app Quran Majeed has been removed from the China App store because it includes content that requires additional documentation from Chinese authorities”. “We are trying to get in touch with the Cyberspace Administration of China and relevant Chinese authorities to get this issue resolved”.

It said the app has close to 1 million downloads in China and is supported by 25 million Muslims worldwide.

The Chinese Communist Party officially recognises Islam as a religion in the country but is accused of committing genocide of Uyghur Muslims in it Xinjiang region.

Apple quoted its Human Rights Policy, in response to queries on the matter, which said: “We’re required to comply with local laws, and at times there are complex issues about which we may disagree with governments and other stakeholders on the right path forward. With dialogue, and a belief in the power of engagement, we try to find the solution that best serves our users—their privacy, their ability to express themselves, and their access to reliable information and helpful technology”.

According to earlier New York Times report, Apple, which derives a fifth of its revenues from China and company’s supply chains are still heavily reliant on the country as it manufactures a bulk of its products there, frequently takes down apps when directed to do by the Chinese government.

Content on topics such as Tiananmen Square, Chinese spiritual movement Falun Gong, the Dalai Lama, Tibet and Taiwan is forbidden on apps hosted by app stores in the country.