Anand Mahindra says not invested a single rupee in crypto 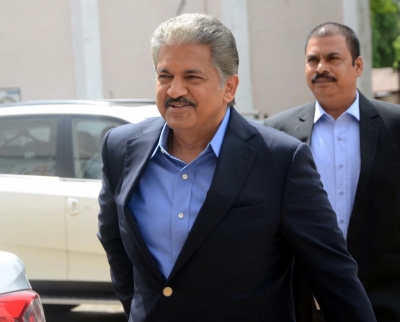 Indian business tycoon Anand Mahindra said that he has not invested a “single rupee” in cryptocurrencies.

The billionaire shared some screen grabs which claimed that he has made tons of money using a cryptocurrency investment platform.

The screenshots of the report stated that he made money using a crypto coins auto-trading programme Bitcoin Era.

The businessman said such news take the “fake news” to a whole next level. “Someone saw this online and alerted me. I need to make people aware that this is completely fabricated & fraudulent. Takes fake news to a new level. Ironically, I have not invested a single rupee in cryptos,” he said.

The fake report went on to say that Anand Mahindra, during a TV show, said a “wealth loophole” could transform anyone into a “millionaire” in 3-4 months.

Earlier, in September Mahindra came across a post that was wrongly attributed to him. Sharing that quote, the Mahindra group chairman said that the quote is not actually his.

“I’m flattered that some believe my statements are quotable and I have always believed in the power of social media to democratise information & share knowledge. But the downside is wrongly attributed quotes. I will do my best to call them out whenever possible’,” he had noted.