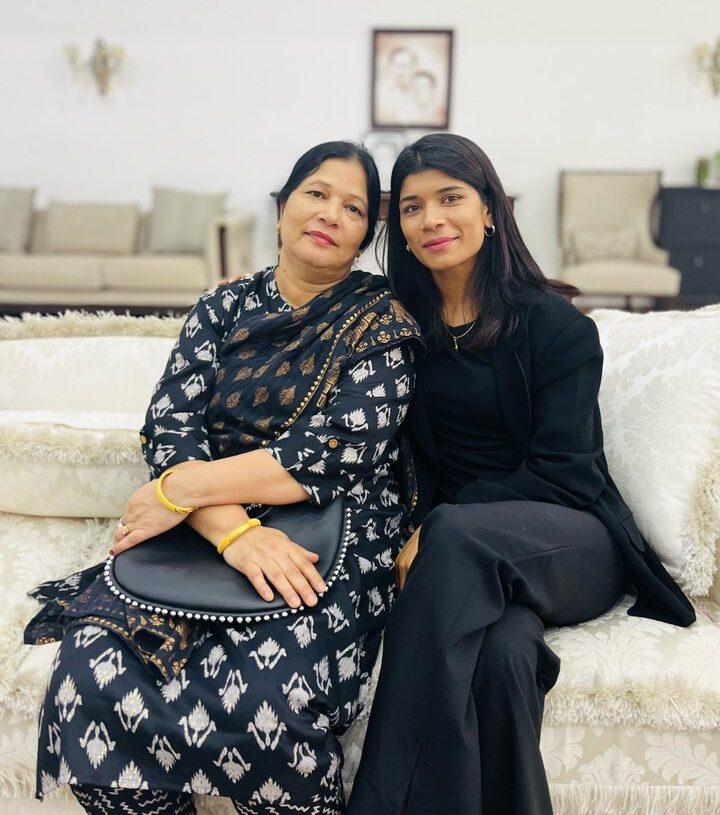 Nikhat Zareen progressed to the semi-finals at the ongoing Commonwealth Games, assuring India of atleast a bronze medal. Zareen produced a dominating performance to win 5-0 over Helen Jones. After the win, Nikhat wished her mother a very happy birthday, and the video of the boxer wishing her mother has now gone viral on social media.

After winning the bout, Nikhat can be seen speaking into the camera, saying: “Happy Birthday Ammi. I love you, Allah aapko khush rakhe”.

“Happy Birthday to my superwoman, your smile keeps me strong & your spirit lifts me up. I wish I could be there with you on this special day but I promise jaldi hi apka gift lekar aaungi aate time. Love you so much ammi,” Nikhat wrote.

Nikhat Zareen assured herself and India a medal at the 2022 Commonwealth Games after she stormed into the semifinals of the women’s light flyweight boxing.

Nikhat, for whom it will be the first medal at the CWG, was aggressive from the get-go against Jones. She landed a left jab early into the first round and was unfazed by her opponent’s flurry of punches, expertly dodging them while managing to land most of her own to dominate at the National Exhibition Centre.

The Indian boxer barely had her guard up through the bout and smartly mixed up her punches, using the left jab when Jones was closer while going for her favoured powerful right punch when she was away.

The world champion consistently found gaps in Jones’ guard and the result was a foregone conclusion before the third round.

Along with Nikhat, twice youth world champion Nitu Ghanghas and CWG 2018 bronze-medallist Mohammad Hussamuddin are also assured of medals in boxing at CWG 2022 as they also reached the semifinals in their respective weight divisions, overcoming their quarterfinal opponents in contrasting styles.

Nitu reached the last-four stage of the women’s minimum weight division (over 45-48kg) when her opponent Nicole Clyde of Northern Ireland abandoned the bout while Hussamuddin beat Namibia’s Tryagain Morning Ndevelo 4-1 by split decision in the men’s featherweight.

Olympic medallist Lovlina Borgohain will be in action later tonight as she chases a first CWG medal.