After reverses, Russia pulls back troops from Syria to augment forces in Ukraine 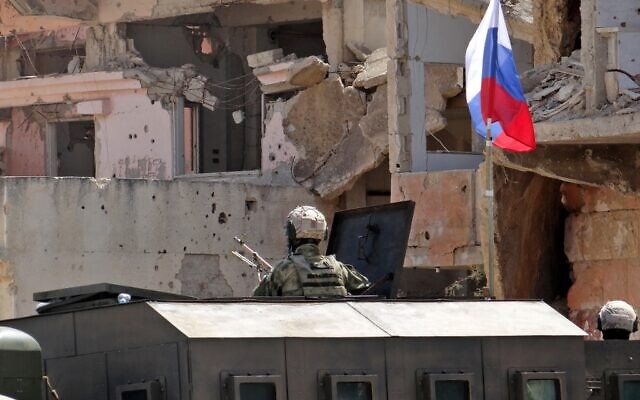 Russia has pulled back key military personnel and hardware from Syria to augment forces in Ukraine.

The New York Times quoting two anonymous Western diplomats and an Israeli defence official said two battalions (there are between 1,200 and 1,600 troops in each battalion) have been pulled back.

Russia’s military has been deeply involved in Syria since 2015 when it intervened to help the Syrian regime against rebel groups that had captured vast swathes of the country following a popular uprising.

This Russian military presence – which came alongside Iranian support for President Bashar Al-Assad – has necessitated coordination between Russia and Israel, which has conducted numerous strikes on Iranian targets in Syria.

The NYT sources suggested that Russia’s recent redeployment could give Israel a freer hand in the area.

Amid Russia’s invasion of Ukraine, some analysts and activists have said that the failure to hold Moscow to account for its bombing of Syrians has emboldened Putin in his latest war.

“That is what encouraged Putin to continue his crimes in Syria, to block a peaceful solution to the war and eventually to the invasion of Ukraine. He did not expect a reaction from the West like he did,” Syrian Network for Human Rights (SNHR) executive director Fadel Abdul Ghany told The New Arab.

A report published in September said that seven years of Russian bombing in Syria has killed at least 6,943 civilians including 2,044 children, although the true numbers could be far greater.

Over 500,000 people are believed to have been killed in the Syrian conflict, mostly as a result of the regime and Russian bombardment of civilian areas.