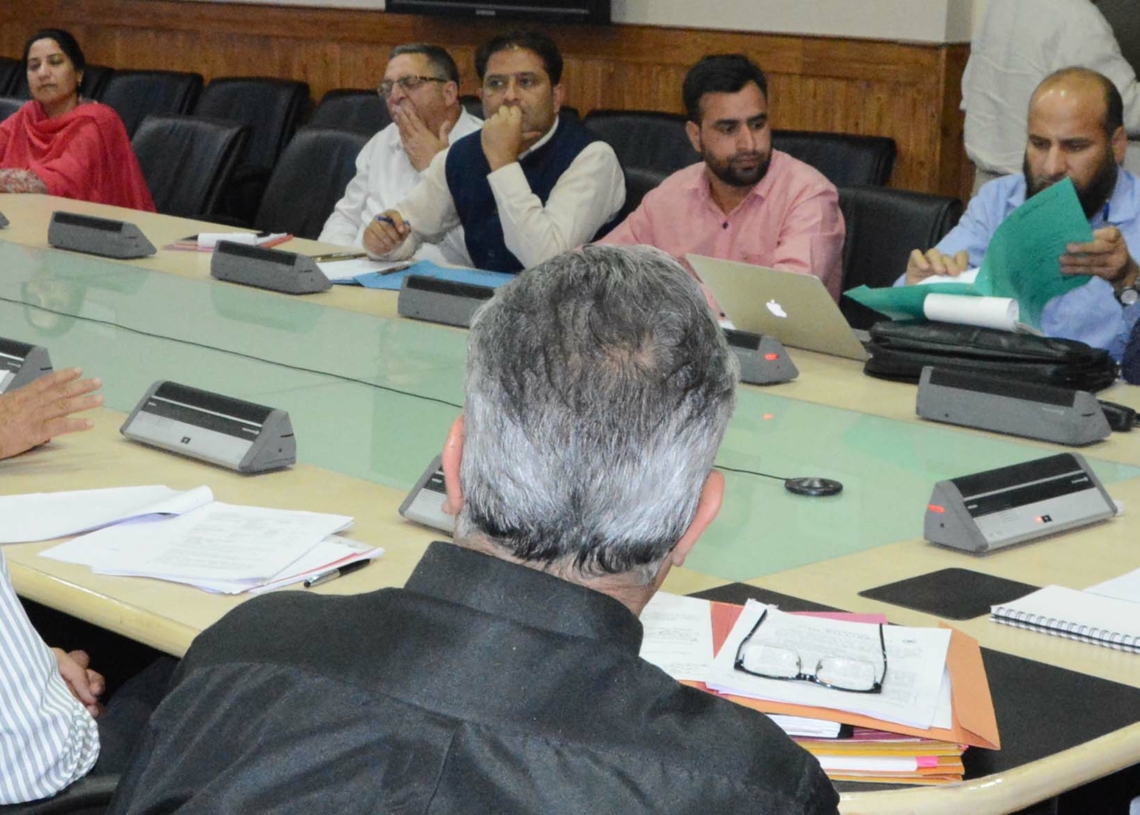 SRINAGAR, MAY 17: Minister for School Education, Haj and Auqaf and Tribal Affairs today directed the concerned to take concerted efforts to protect the Waqaf properties and enhance its income as well.
The Minister expressed these views at a meeting organized to review the functioning of Haj and Auqaf department. Besides, the income generated for 2017-18 is  Rs 2372.42 lakh, while the expenditure for the year 2017-18 was 1508.77 lakhs.
Deliberating about the property occupied by various departments, the Minister said the department should take legal as well as other possible steps to ensure that the property is retrieved.
During the meeting, the Minister directed the concerned to pin the responsibility of making the inventory of Waqaf properties on respective Tehsildars.
The meeting was informed that the Waqaf has 815 shops, 25 buildings, 105 quarter sheds-rooms, 30 Halls and four guesthouses in the State.
While directing the concerned to create self-reliant infra, the Minister said that there is no need to create “white elephants.”  He stressed on creating durable and sustainable assets to make Waqf a profitable institution.
He also impressed on the need for judicious use of revenue collected from Waqaf properties
During the meeting, the Minister also urged the Jammu and Kashmir Project Construction Corporation (JKPCC) officials to ensure that work on lifts in Haj House is completed at an earliest. He said elderly people could not be expected to climb stairs at the Haj House, therefore, the Corporation needs to ensure that they would complete the work on lift around Eid.
Besides, the Minister also directed for completing work on Health Centre there before June this year.
The meeting was attended by Commissioner Secretary Haj and Auqaf Shahid Inayatullah, Managing Director JKPCC Waqar Mustafa, Waqaf administrators and other concerned.