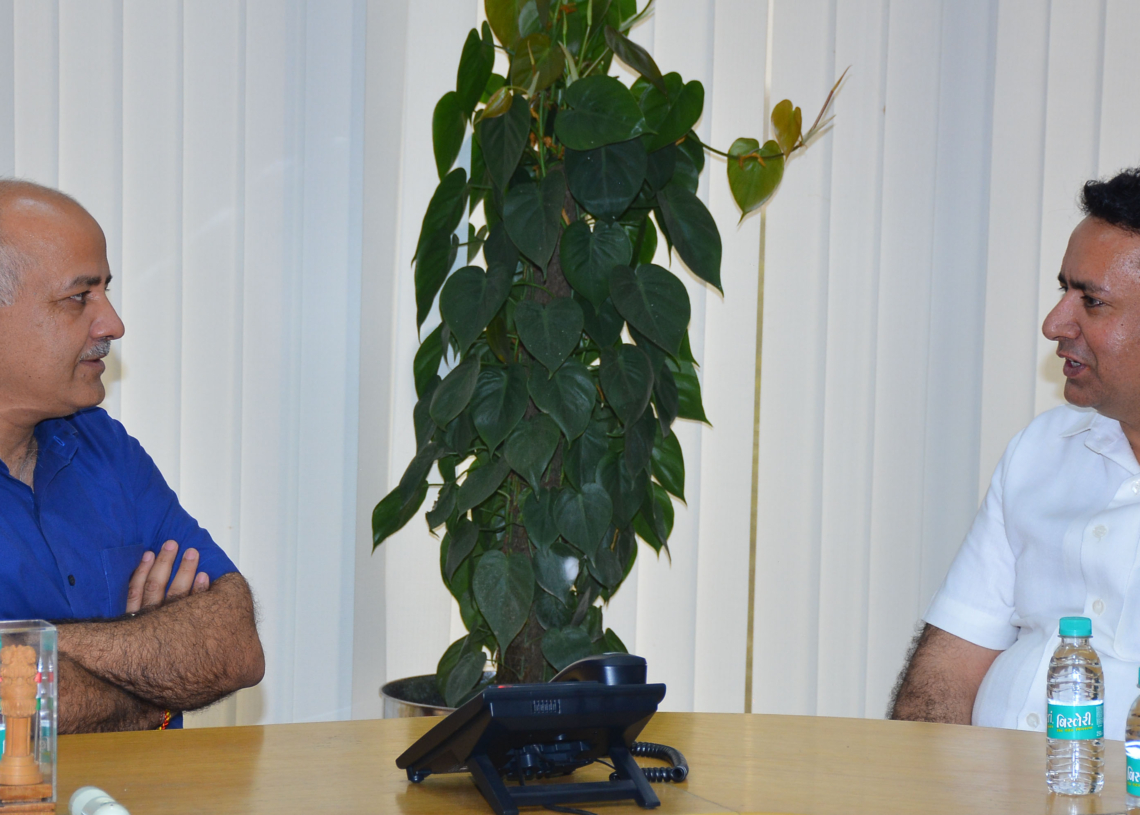 NEW DELHI, JUNE 07: Minister of School Education, Haj & Auqaf and Tribal Affairs, Zulfkar Ali today called on the Deputy Chief Minister of Delhi Manish Sisodia who is also holding charge of Education Portfolio in the National Capital.
Both the leaders discussed the education scenario and latest trends in it. Sisodia elaborated on various reforms taken by the Government of Delhi during last few years due to which Delhi Government Schools have been rated at par with private schools of Delhi during CBSE Examinations.
Sisodia explained that the main focus of Delhi Government is to develop creativity among the children in the age group of 3 to 7 years for which early childhood care centres have been established. In a major step towards the reforms, Delhi Government has relieved the teachers from all administrative assignments in order to enable them to focus solely on teaching. In order to maintain the infrastructure, the Delhi Government has appointed the Estates Officers for better management.
He further informed that Delhi Government has made certain steps for exposure of the teachers by sending them to other parts of the world viz Finland and Cambridge to gain world-class exposure.
Delhi government have also created a pool of dedicated teachers for various training and a monitor model has been adopted where the academic performance of schools is regularly monitored.
While responding to the discussions, Choudhary Zulfikar offered that a group of trained mentors can be nominated to visit Jammu & Kashmir and have inspirational interaction with the teachers in J&K State which will be followed by a reciprocal visit of teachers of J&K to Delhi. He further desired that during the current academic year a team of teachers comprising 1000 teachers will be considered for teachers exchange program.
Choudhary Zulfikar also visited various schools of Delhi government and desired to establish similar infrastructure in the state as well.
He extended an invitation to Deputy Chief Minister of Delhi to visit the state of J&K so that both the states should work in coordination in the field of Education. He was also accompanied by Secretary School Education Department J&K Farooq Shah, State Project Director, SSA, Abdul Rashid War, Director School Education-Kashmir, G.N. Itoo and Director School Education-Jammu R K Srangal.

APSCC pitches for tangible dialogue between India and Pakistan