Zelenskyy has aged in 41 days: Here is what these peace and war photos show 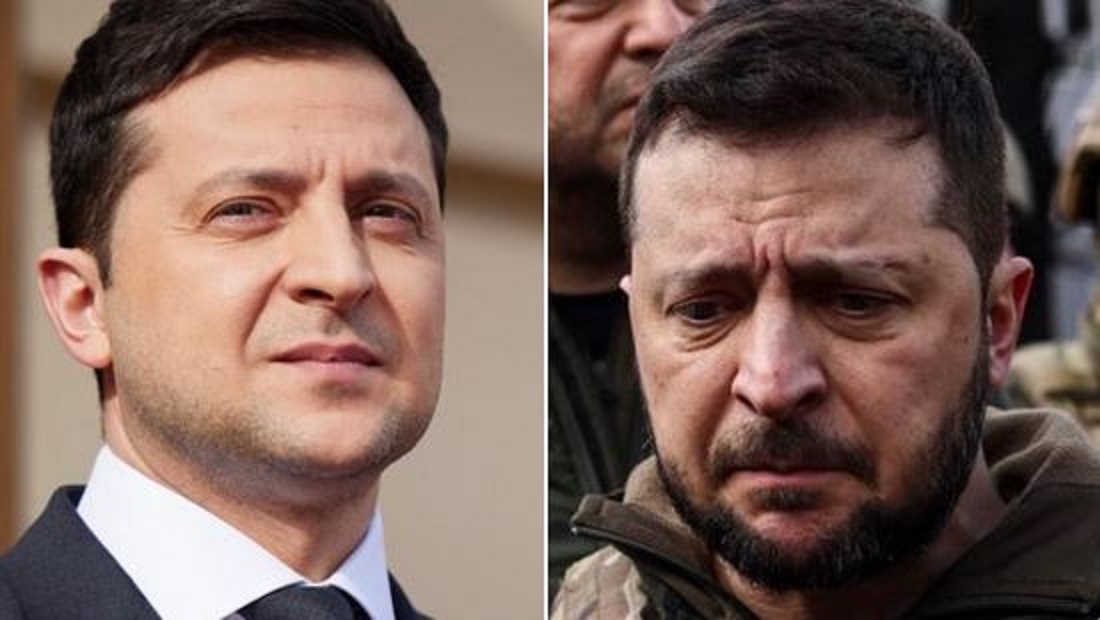 Ukrainian President Volodymyr Zelenskyy is a changed man and looks much older as his country suffers due to Russia’s unprovoked attack that has been going on for over 40 days now. Netizens are comparing his pictures just before Russia attacked Ukraine in February with his recent ones and the difference seems to be quite conspicuous.

“These photos were taken 41 days apart by the president’s photographer. The first one on the 23rd of February, the last day of peaceful Ukraine. The second one in Bucha today,” wrote one user Katya Gorchinskaya as she shared compared the two pictures.

Reacting to the pictures, another user commented: “But unbelievable how he carries this burden!With dignity, energy, faith, strength of heart finding the right fitting words.Holding up the innermost free power of man and thus strengthening the resilience of his people.What a blessing, too, that he knows how to deal with the media.”

As the Russia-Ukraine war enters its 41st day, President Volodymyr Zelenskyy said he would address the UN Security Council to shed light on the mass killing of civilians by Russian forces in Bucha and other war crimes. Russia has denied the allegations and said it would present “empirical evidence” at the UNSC meeting proving its forces were not involved.