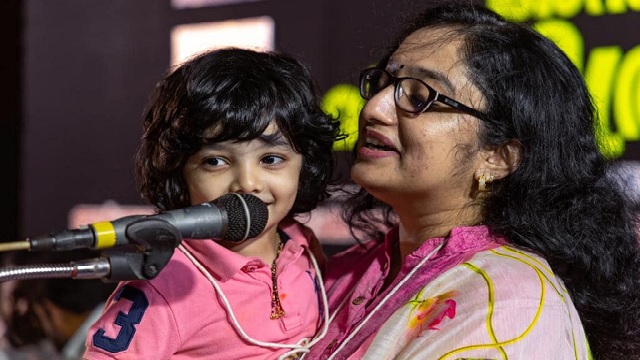 A Kerela IAS officer delivering a speech with her three-year-old son in her lap is going viral on social media.

Divya S Iyer brought her 3-year-old son to the valedictory ceremony of the private film festival. Pictures and videos of the event have gone viral on the Internet.

Deputy Speaker of the state Assembly, Chittayam Gopakumar, who was one of the organizers of the sixth International Film Festival of Adoor, shared the video of Iyer carrying her child during the speech.

One section of the Internet sided with Iyer and compared her with the New Zealand Prime Minister, Jacinda Ardern, who had made history by bringing her 3-month-old daughter to the United Nations General Assembly in 2018. However, others kept debating on the work ethic factor.

Reportedly, former legislator and Youth Congress state vice-president KS Sabarinadhan, who is also Iyer’s husband, defended her by saying that she took the boy along with her because it was a holiday and the function was purely unofficial.