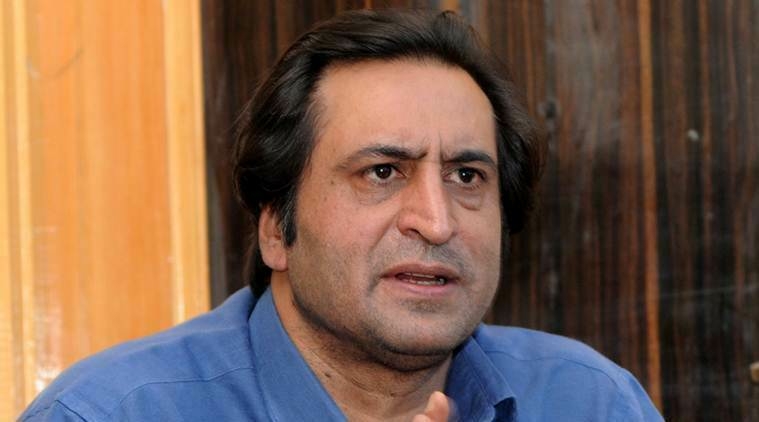 “It is time you give a clear answer. You have projected yourself as the sole warrior to save the people of Kashmir from the BJP. But if you were in talks with them for government formation, you will have to come out and tell the people that all along you have been lying and that you are a covert BJP stooge, have allied with them in the past and will ally with them in the future”, Sajad said in a statement.

He said that this theatre enacted by Omar Abdullah has to come to an end.

“You want to project yourself as the new ideological defender. You can’t take on that role. You are bereft of any ideology. Lust for power does not add up to an ideology. We will keep on reminding you about the talks that you held with the BJP for government formation. We have reminded you earlier and we will remind you again”, he added.

Sajad said that Farooq Abdullah has time and again gone out of the way to lick up to BJP-RSS.

In response to the allegations levelled by Farooq Abdullah, Sajad said that the last person on mother earth to lecture about morality is Dr. Farooq Abdullah.

“A person charge sheeted by the CBI and out on bail, for stealing 120 crores in the JKCA scam, is the new sermonizer of financial morality in the town. If anything goes to credit of Farooq sahib, it is in terms of setting new standards of thievery. Dr. Farooq sahib sits on assets worth thousands of crores and is the most notorious mismatch between known sources of income and wealth holding.

I promise I will apologize publicly if you are able to match your income with the huge wealth that you have accumulated. It would take an entire book to record the details of loot and plunder.

Under Omar Abdullah regime a non-state subject friend was inducted as a director in the JK Bank, who gained the sobriquet of corporate broker. Hundreds of crores were loaned to non-state subject companies who were blacklisted or on the verge of joining the category of NPA. It is a well-known fact that the commission rate going for granting loans was 2-5%. So will ‘Mr. 2-5%’ aka Omar Abdullah tell us what his net earnings was from the kickbacks received from these companies? We will come up with details very soon”, he added.

Political empowerment of Dalits most important for an inclusive democracy: Faesal