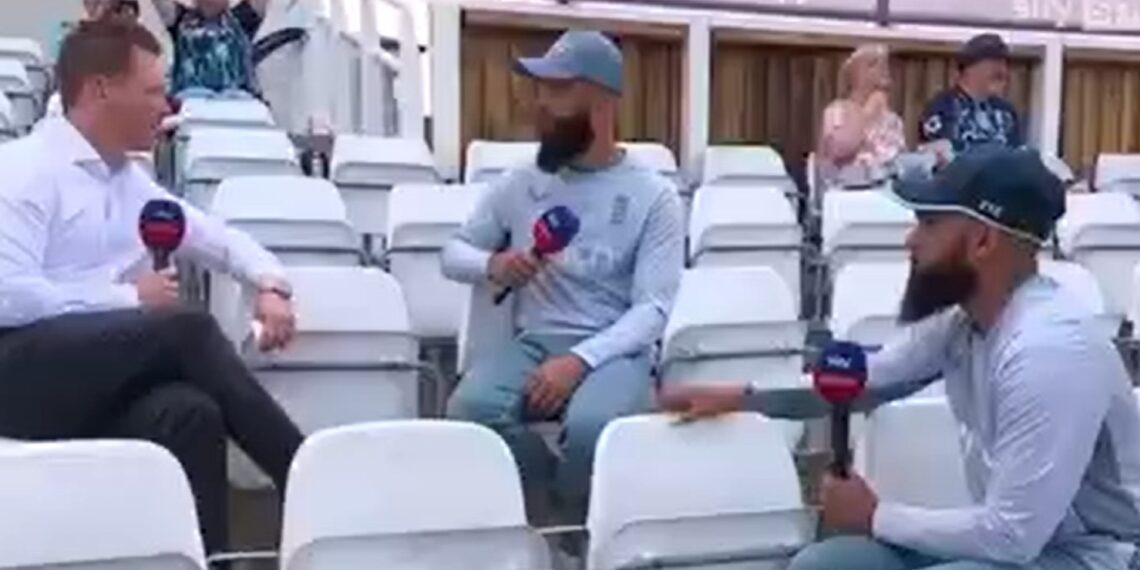 During a cricket match, Sky Sports commentator Eoin Morgan interviewed them on Hajj.

“Can you tell us about Hajj please?” Morgan asked.

Ali replied Hajj is one of the five pillars of Islam. “As Muslims, our role models are the Prophets –. Moses, Jesus, Abraham Prophet Muhammad, peace be upon them. We follow as much as we can when it comes to fasting prayers. Like Hajj, we follow Prophet Ibrahim, his journey to Mecca. The sacrifices he went through and the challenges his family went through when he was going to Mecca, the city where Prophet Muhammad (SAW) was also born. So this place means a lot to us,” he said.

Elaborating, Ali said there are a lot of rituals Muslims do. “We follow Prophet Ibrahim. It is for five-six days. Quite intense things we have to do. It is very slow p[aced because of people. It is a massive deal in Islam,” he said.

Rashid, earlier this year had said that he has “reached the right time in his life” to make the pilgrimage to Saudi Arabia.

He was granted leave by the England and Wales Cricket Board, and his club side Yorkshire, and is expected to return in mid-July before England’s white-ball series against South Africa.

“I’ve been wanting to do it for a little while but I’ve found it pretty difficult with the timings,” Rashid had told ESPNcricinfo. “This year, I felt as though it was something that I had to do, and something I wanted to do as well.”