Was not consulted on my ouster from Cabinet, says Haq Khan 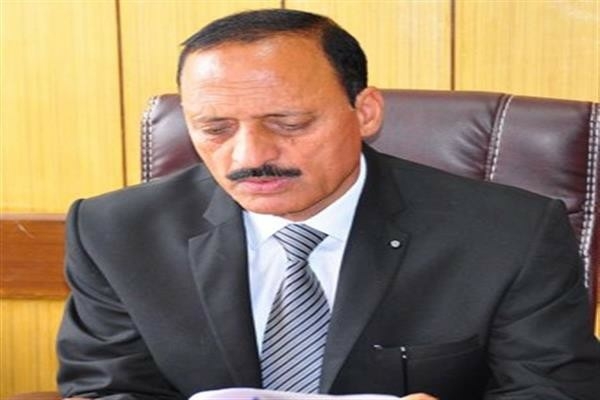 Srinagar, Jun 10: Senior PDP leader and former Minister Abdul Haq Khan on Sunday broke his silence on sacking after more than one and a half month and vowed to work more as an MLA than he used to work as a Minister.
Haq Khan said “though I was not consulted on my ouster from the cabinet but the decision of the Chief Minister is final and acceptable to all of us. Satisfying for me is the appreciation of the chief minister and PDP Vice President for the work I did as a Minister for three years.”
Saying that he has nothing to say against the decision chief minister took on his ouster, Haq Khan said “I have worked in the party for the more than fifteen years and how come drooping from the cabinet can make a difference to me. I will work for my home district Kupwara including my constituency Lolab more than I used to work as a minister.”
Claiming that connectivity of roads and construction of assets in the Rural Development sector has changed the face of Rural areas in the state, Haq Khan said “districts like Bhaderwah, Doda and Ramban where fatal road accident deaths continued to be an issue of serious concern are now connected by roads. I have worked to the utter satisfaction of the chief minister as a Rural Development Minister and my work as Rural Development Minister has been appreciated by even the Government of India.”
Ruling out the speculations that he was sacked on charges of corruption in the Rural Development Department, Khan said “the works have been executed in Rural Development Department in Jammu and Kashmir more transparently than in any other part of the country.”
Saying that he has personally met chief minister even after his sacking, Haq Khan said “after sacking people from the opposition and the ruling combine came to me as one of my relations had passed away the same day. When any leader in any party is relinquished of any important responsibility it is all but natural that people from both the opposition and the ruling combine come with offers but it hardly matters for a committed party man. It is for the party to think about the advantages and disadvantages of the decision the chief minister has taken. I will continue to work for district Kupwara and home constituency.” (KNS)