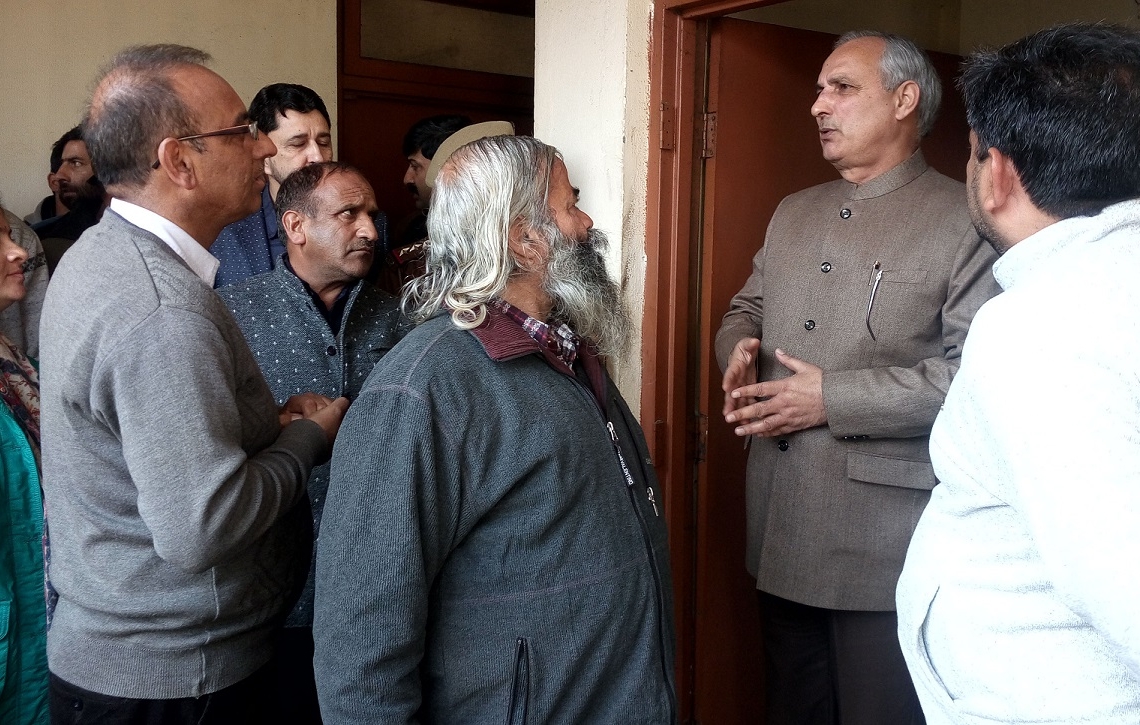 Jammu, Feb 15: Minister for Revenue, Hajj & Auqaf and Parliamentary Affairs, Abdul Rehman Veeri on Thursday visited Bus Stand Jammu to take stock of the measures being put in place by the district administration to provide basic amenities to the stranded passengers due to the closure of Srinagar-Jammu National Highway.
Additional Deputy Commissioner Jammu, Dr Arun Manhas and other officers from civil administration and police accompanied the Minister
The Minister was briefed about the arrangements being made by the administration for a safe stay of the passengers.
It was informed that lodging and other facilities including food are being made available for these people.
Veeri asked the district administration to provide all necessary support to the people till the highway is opened for traffic.
He also interacted with the passengers and listened to their problems.
Responding to the issue of over-charging by some hotel owners, the Minister directed the ADC Jammu to look into the issue.
ADC Jammu informed Veeri that concerned SDPO and SHO have been directed to ensure that people do not pay high charges. He said that even the passengers are requested to inform police authorities in case anyone tries to overcharge them.
The Minister also asked district administration to depute a team of doctors and paramedical staff at the Bus Stand so that health care facilities would be provided to needy passengers.
Veeri also asked for facilitating vehicular movement as and when the traffic resumes on the National Highway connecting Jammu to Srinagar and other districts.
He also directed for keeping a strict vigil on prices of various commodities including travel expenses to ensure affordable stay and travel to the stranded passengers.