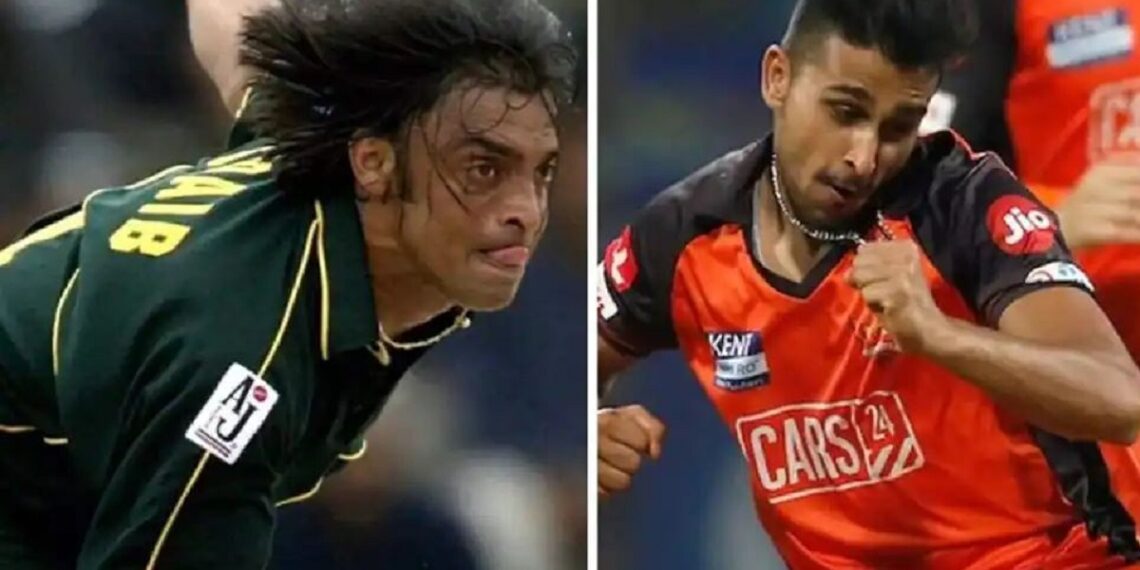 Umran Malik is going through some tough days after he was recently thrashed all over the park in the third T20 International against England.
The J&K speedster leaked 56 runs in his four overs, the third most expensive figures for an Indian bowler in the T20s.

It was definitely not the kind of start Umran would have expected in his international career.

Except for his pace, so far Umran has not shown any other skillset that can help him take wickets. Lacking such skills, Umran’s pace becomes his nemesis as batsmen find it easier to score off him.

It is also a fact that Umran, courtesy of a wonderful IPL season in 2022, got a place on the Indian cricket team. The Indian pacer made his debut against the Ireland cricket team in the recently concluded T20I series where India registered comfortable victories to clinch the series.

Umran Malik bowled with a good pace in the international match against Ireland as well and drew some comparison with former Pakistan’s fast bowler Shoaib Akhtar who has now given a hilarious reply on it in a video on his youtube channel.

Many experts and fans feel that the 22-year-old Indian pacer could break Shoaib Akhtar’s record of the fastest delivery in the history of cricket.

Shoaib Akhtar bowled the fastest delivery in international cricket, 161.3 kph (100.23 mph), against England in the ICC World Cup match in 2003.

He was bowling against England’s batsman Nick Knight. The ‘Rawalpindi Express’ continuously bowled over 150kph in the over. The remaining five balls of the over clocked 153.3 kph, 158.4 kph, 158.5 kph, 157.4 kph and 159.5 kph, respectively. It will be interesting to see whether Umran Malik would be able to break Akhtar’s record or not, but going through the former Pakistani fast bowler’s comment, it seems like he doesn’t agree with the point of view of fans and experts on this matter.

“Uss se jyada tez to mai apne YouTube videos me fekta hu (I bowl faster than him in my youtube videos)”, said Shoaib Akhtar on comparison with India’s Umran Malik.

Umran Malik made his India debut in the first T20I against Ireland. He was named in the team for the five-match T20I series against South Africa but didn’t get a chance to show his skills.