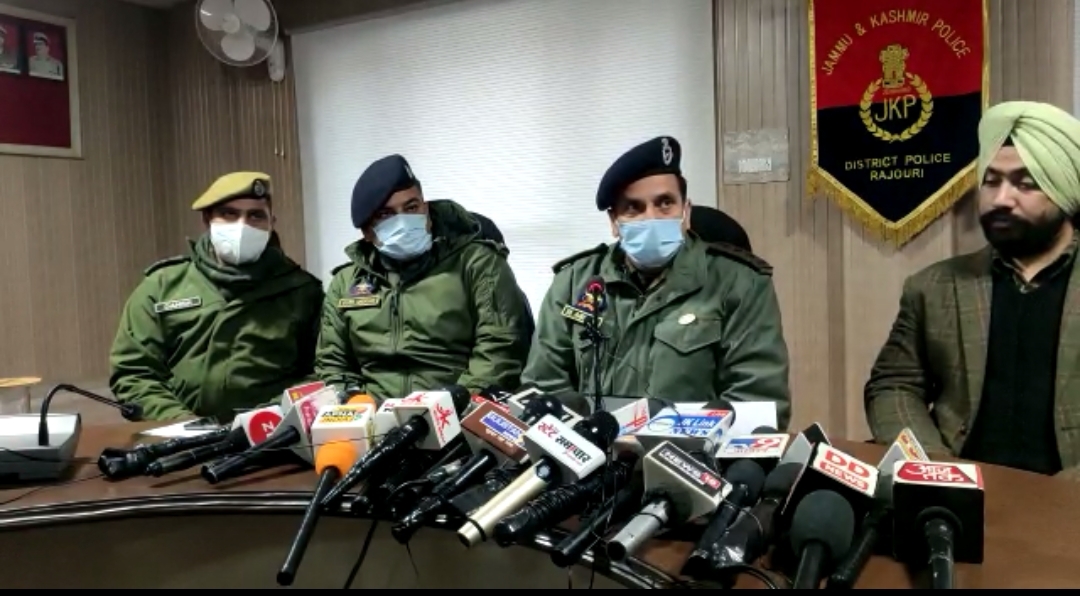 Jammu: Police on Friday said that mysterious murder case of a hawker at Rajouri district was worked out with the arrest of his roommate from Gurdaspur Punjab.

Addressing a presser, Senior Superintendent of Police Rajouri, Mohammad Aslam, said that some argument during a TV show led to the murder on New Year eve.

On January 2, body of the hawker identified as Pawan  Kumar son T Ram of Udhampur was found at Rajouri under mysterious conditions.

“Subsequent to the recovery of the body under mysterious circumstances, inquest proceedings were started by police,” the SSP, flanked by other police officers, told reporters as per GNS.

“During the proceedings, it was found three other persons were putting along with Pawan in a rented room. They included Ashok Kumar of Gurdaspur, besides Narayan Dass and Vishnu Dass, brothers, also from Gurdaspur,” he said, adding, “It came to fore that on New Year eve, they had consumed alcohol and thereafter there was some quarrel between deceased Pawan Kumar and Ashok Kumar during a TV show.”

He said both attacked each other and got injured.  “Pawan Kumar suffered grievous injury and succumbed to wounds,” he said, adding, “Ashok Kumar had fled and police arrested him from Gurdaspur.” He had admitted to have committed the crime, the SSP said. (GNS)