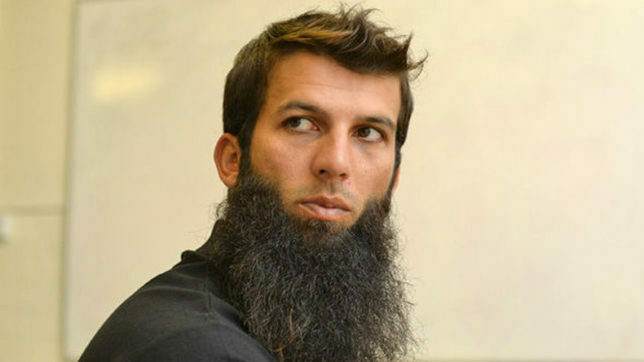 “It’s time for people to behave themselves,” Moeen said before flying to West Indies for the five-match ODI series beginning at Bridgetown on Wednesday.

“Turn the stump mics up. Why turn them down? So people can swear? There is no reason to get personal. It’s the way society is, things come out of people’s mouths.

You’re not going to get away with it now. You have to be careful,” he added.

The 31-year-old’s view contrasts that of Bayliss who advocates turning down the microphones to protect players.

“I’ve said it once before, no I’m not in favour of it and I’m not going to change my mind,” Bayliss said before Gabriel’s ban was announced.

“I think (stump mics) should be down. I know there are people who think the opposite and think it is good for the game but sometimes in the heat of battle things are said, when guys given a bit of time to sit down and think about it would give themselves a bit of a kick up the backside,” he added.

Moeen, who in his autobiography claimed being called ‘Osama’ by an unidentified Australia player during the 2015 Ashes series, said turning up the microphones could also catch harmless, entertaining banter between players.

“Imagine all the legendary old stories, if we had them recorded,” Moeen said.

“We can do the same now. It doesn’t have to be swearing. Keep it funny. We want people to be attracted to the game. There’s brilliant ways to sledge,” he concluded.