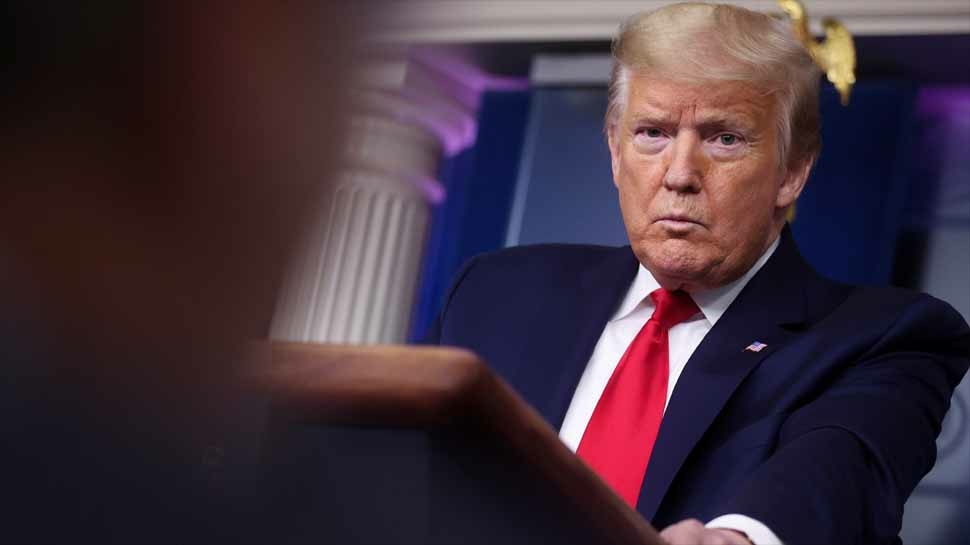 Washington :Hours after the US Justice Department decides to drop the criminal case against former National Security Adviser Michael Flynn for his connection with Russian diplomat, US President Donad Trump slammed the newspapers that had won the Pulitzer Prize for their coverage of suspected Russia collusion in US Presidential elections of 2016.
While speaking to reporters at the White House Trump said, “They are not journalists. They are thieves. All of those journalists that we see with the Pulitzer Prize should be forced to give those prizes back because they were all wrong. You saw it today, more documents came out saying there was absolutely no collusion with Russia.”
Trump called the Russia collusion story as false and alleged that since the story is false entirely the newspapers getting awards for it is a ‘disgrace. “Pulitzer prizes should all be returned because you know what, they were given out falsely. It was fake news, they are all fake news. Those Pulitzer prizes should be given back immediately and the Pulitzer committee, or whoever gives the prizes, they are a disgrace unless they give those prizes back because they got Pulitzer prizes for what turned out to be false stories,” he said.
He further called Flynn a ‘great gentleman’ and accused former US president Barack Obama’s administration for targetting him. “He (Flynn) is a great gentleman, he was targeted by the Obama administration and he was targeted in order to try and take down a president, and what they have done is a disgrace and I hope a big price is going to be paid, a big price should be paid. There has never been anything like this in the history of our country,” Trump said.
Flynn was suspected to be a national threat by US law enforcement who investigated him. Flynn pleaded guilty to lying to Federal Bureau of Investigation (FBI) agents about his connection with a Russian diplomat in 2017. A plea agreement was reached between Flynn and special counsel Robert Mueller`s office as Flynn vowed to cooperate in the probe into alleged Russian meddling in the 2016 presidential polls.