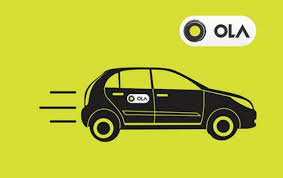 Srinagar, Feb 19: Vehemently opposing the government proposal to introduce ‘Ola Cabs’ in Kashmir Valley, All Jammu and Kashmir Tourist Taxi Transporters Welfare Federation Monday threatened to launch agitation in case State Government doesn’t shun the idea.
Addressing a press conference here in Kashmir capital Srinagar, the Federation Vice Chairman Abdul Aziz Guroo said that the said government proposal will hit them badly and they will find it difficult to survive when tourist flow is already showing downward trend.
“The 2014 devastating floods and the decreasing flow of tourists have already affected us and now if ‘Ola Cabs’ will be introduced in Kashmir, it will completely destroy us,” Guroo said.
He said though government took some measures for them, but those were insufficient.
During the presser, Guroo also appealed Jammu Kashmir Government to lift ‘Side Scene’ ban on them in Jammu and Ladakh. “It is irony that Jammu Kashmir Government has imposed no ‘Side Scene’ ban for Jammu and Ladakh drivers in Kashmir but Kashmiri drivers are facing such ban in these two regions. When drivers from Jammu and Ladakh arrive in Kashmir with tourists they are at will to drive these tourists to any tourist destination in Kashmir including Gulmarg, Sonmarg, Pahalgam but Kashmiri drivers are not being allowed to drive freely across Jammu and Ladakh,” he said and described the ban as grave injustice towards the tourist taxi drivers of Kashmir.
Guroo also appealed to Government to provide them a different trade mark so that tourist taxi’s can get a distinct look from other vehicles. “The mockery is that now un-registered taxi drivers ferry tourists from one place to another. We request Department of Tourism and Traffic to stop this practice and initiate action against those who ferry tourists across Valley without any registration,” he said.