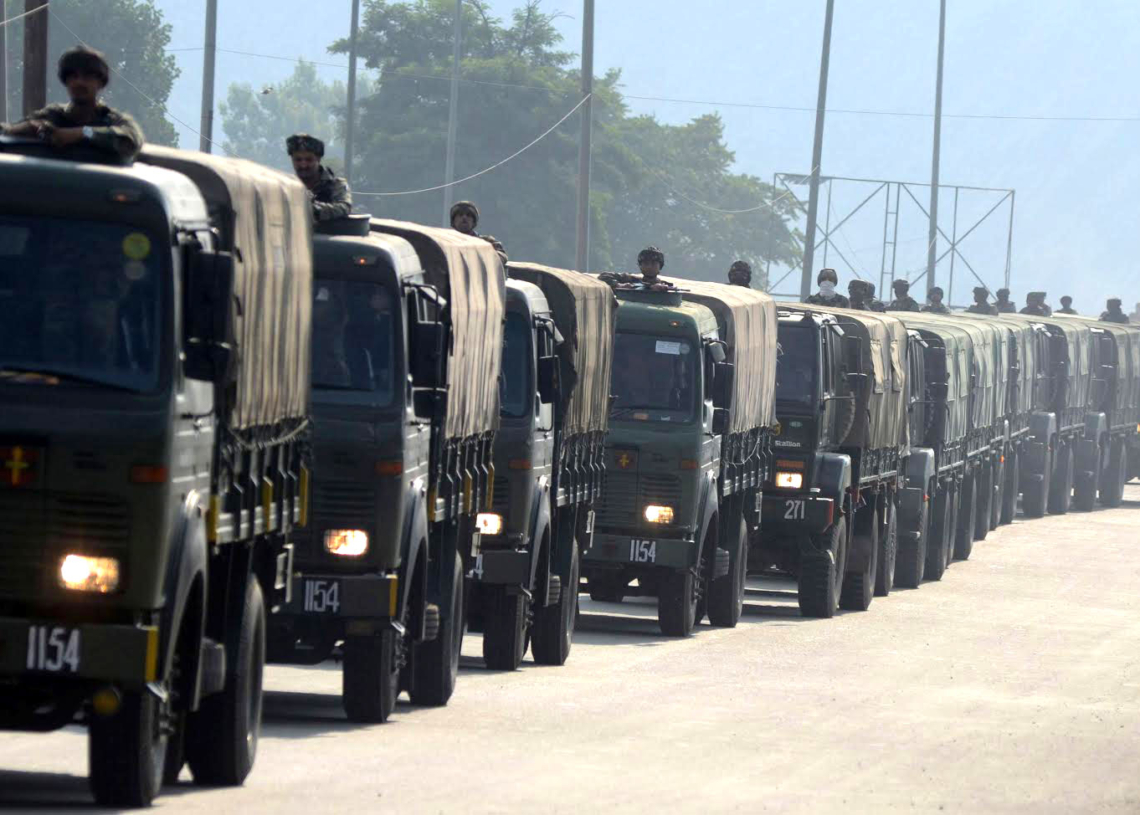 Army pass through near the encounter site were militants holdup inside Delhi Public School at Pantha Chowk , on Srinagar-Jammu National Highway on the outskirts of City of Srinagar on Sunday after militants attack yesterday at CRPF Vehicle were Sub Inspector Sahib Shukla of CRPF killed while two others injured in militants yesterdays attack. PHOTO BY BILAL BAHADUR

Srinagar: United Tourism Front (UTF), an amalgam of various tourism bodies on Friday demanded the revocation of order banning the movement of civilian traffic on the national highway from Udhampur to Baramulla for two days in a week.
Addressing the media persons here in Srinagar, spokesperson UTF, Ashiq Dug said that from the time order was issued, the bookings have come down sharply.
Dug said that order has been issued without taking into account, the hardships, the local populace would face.
“The ban on vehicular traffic would have great impact on the intending tourists as well. National highway is the only surface link that connects the valley with the rest of the country. Its closure will add to the worries of the population,” said he.
Dug said that “by this order, our efforts for reviving tourism in the state have received huge setback.”
“We spent huge money on promotions, visited number of places. We were sure that flow of tourist would increase, but now we are sure that bookings would come down,” he said.
Asking state not to encroach on the rights of public, Dug said that government should use other means to ferry security personnel.
“The security personnel can travel through train. By this, they can save time and moreover the general public will not face any kind of difficulty. We urge the government to revoke the order in the larger interest of the population,” he said.
Among other, presidents of TAAK, TASK, JKTA UTAA and TAAI were also present.