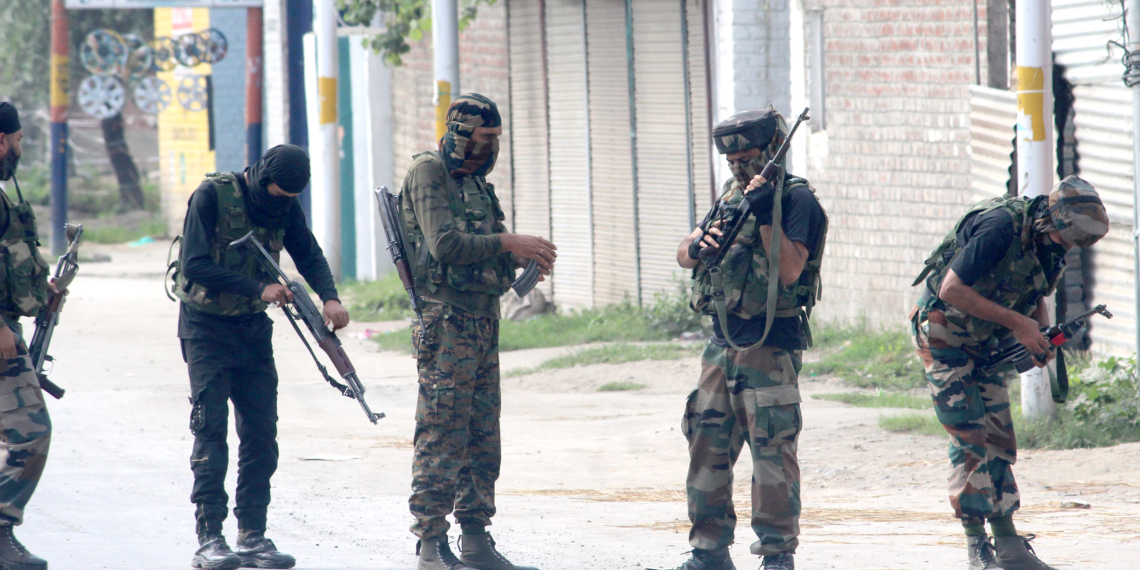 Pulwama: Three Jaish-e-Muhammad militants including a top commander were killed while as an Army man was injured in the gunfight at Kangan village of South Kashmir’s Pulwama district, officials said.

Officials said that three militants have been killed in an operation that started in the wee hours today, which includes a top Jaish commander. “An Army man also sustained injuries who was evacuated to the Army’s 92-base hospital for treatment,” they said.

Earlier, a joint team of army’s 55 RR, police and the CRPF laid a siege in Kangan village of Pulwama district on the basis of specific lead about the presence of Jaish militants and a top commander. “When the forces zeroed in on a suspected house, the hiding militants opened fire, triggering a fierce gun battle,” the security officials said.

They said so far three militants including a top Jaish commander have been killed. Officials said that arms and ammunition was recovered from the gunfight site. “The search operation is still going on,” they said

Pertinently,  this is the second gunfight in the area within past 24 hours as two militants were killed in an encounter at Tral area of Pulwama district yesterday—(KNO)