To make up for academic loss: Kulgam admin to start televised classes from Mar 20 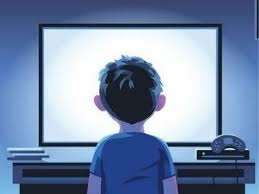 Srinagar, March 18:  Kulgam has become the first district in the valley to start televised classes to make up for the academic losses of the students following the closure of schools in the wake of coronavirus pandemic.

District Administration of Kulgam in collaboration with the Chief Education Office, Kulgam has decided to start tele-classes for the students from March 20.

Classes will be telecasted on the frequencies of JK- NEWS Channel and City Channel Kulgam from March 20. The telecast is being cued from 11 AM to 2 PM.   All the students of Kulgam have been requested to stay tuned to these local cable channels from the said date and time.

An official at the school education department said that schools in different states are conducting online classes but due to low-speed internet it is not possible in Kashmir.

“COVID-19 has been declared a global epidemic and the government should restore 4G so that students can have access to online classes”, he said.

On the other side, district commissioner Srinagar, Shahid Iqbal Choudhary has asked heads of the departments to devise and submit a proposal for televised coaching classes by March 20 which shall be supported and financed by the district administration.

“We are planning to broadcast coaching classes on television which is accessible to everyone. This initiative has been taken so that students do not suffer at all,” he told The Kashmir Monitor,

Shahid said he held a meeting with some TV Channels on March 17 to discuss the timeslot for tele-classes.

“Our team is at work. I have asked the education department to frame a detailed proposal by March 20,” he said.

Media spokesperson at district magistrate office said the classes will be conducted most probably by the government school teachers.