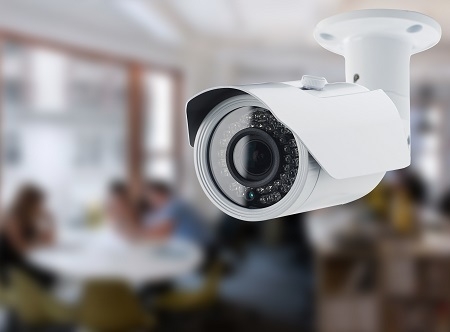 Srinagar, Feb 28: Beware ruffians! Next time you try to create any mischief in the schools, you may land into trouble.
The Jammu and Kashmir government has decided to install Close Circuit Television (CCTV) cameras in schools for the safety of the students.
For the last few years, incidents of drug addiction, substance abuse, and sexual harassment have witnessed a spurt across Kashmir. To maintain a vigil on the student activities, the government has decided to install CCTV cameras in government as well as private schools.
Directorate of school education has issued formal orders directing the school management to install CCTV cameras on their campuses.
“All the government and private middle primary, high, higher secondary schools, and colleges shall immediately ensure the installation of CCTV cameras,” reads a government document accessed by The Kashmir Monitor.
The government has also instructed the Chief Educational Officer to work out estimates for ensuring full CCTV coverage in the institutions.
“Students are getting involved in various kinds of anti-social activities including drug addiction, smoking, and substance abuse. The government has directed school authorities to keep a close watch on students involved in such activities,” said an official of the School Education Department.
Moreover, he said sexual harassment of the girls has also increased in schools and CCTV cameras could act as a deterrent.
Convener, Parents Association of Privately Administered Schools, Asma Goni, said the step will go a long way in curbing drug and sexual abuse in the schools.
“We approached director for installation of CCTV inside school premises after receiving complaints about drug peddling, kidnapping, and sexual harassment. I suggest that there should be cameras fitted in school buses as well so that student activities are monitored,” Asma said.
Director School Education, Kashmir did not receive calls after repeated attempts made by The Kashmir Monitor.