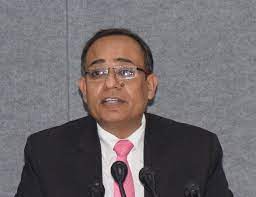 Srinagar, Oct 23 : The Government of J&K on Sunday said it has rolled out four-point feedback accountability mechanism in higher education department to overcome the lacunas. It also said the government is working upon augmenting the eco-system of education department and an apex level committee has been formed who will finalise a roadmap for upcoming ten-to-twenty years.

Principal Secretary Higher Education and Information, Rohit Kansal said, the government has kick-started an overhauling of education department and in this regard four key points have been set to ensure comprehensive accountability in the department.

“First, an Aadhar based bio-metric attendance have been rolled out for teachers across the colleges and universities if J&K. This process has yielded satisfactory results and if any action is needed anywhere the government will not hesitate to act tough against those found in dereliction of duties. Secondly, student feedback has been rolled out. We have two lac students across who have been asked to give appropriate feedback of their teachers about the quality of education. It is online process and almost we ha e received feedback from one lac students so far. Thirdly, we have asked teachers as well to give their feedback about the infrastructure of schools, colleges and universities. Fourthly, the principals too have been directed to give feedback of their teachers pertaining to their regularity and teaching”, the Secretary Higher Education and Information revealed.

He said with the introduction of 4 point accountability mechanism, the government will get 360 degree feedback from all stakeholders. “This all is aimed to overcome the lacunas”, he said.

The Principal Secretary Higher Education & Information, J&K, Rohit Kansal while hailing the UT in imposing the National Education Policy (NEP) – 2020 said that the J&K is at the forefront forefront in imposing NEP-2020. “As we know NEP -2020 was made applicable throughout the country but J&K has been at the forefront in imposing the policy. With its imposition we did four to five things which include multi curriculum activities, skill based courses, student feedback program etc. “he said.

Kansal added with the help of new initiatives we ensured a unique type of program and environment in which school administration along with students think over augmentation of academics in educational activities.

While speaking on NAAC accreditation, Kansal promised that all eligible colleges will be roped in NAAC during this year. “We have 142 colleges in which 50 are new ones who will be accredited in the next year. However among rest of the 90 colleges 54 are already NAAC accredited while as report has been forwarder forwarded about left out 26 colleges. We are waiting for inspection teams and are hopeful these too will be accredited in near future”, Kansal said.

He added the UT government is trying hard to improve the educational standards here and in this regard the process is under consideration since last year.

Speaking about ecosystem of education department, Kansal told KNS that Higher Education Council led by Lieutenant Governor Manoj Sinha has been formed who will provide a roadmap for next 10-20 years. “The LG Sinha as taken the task keenly. Being LG head of the council, it has several educational experts which include VC’s of Delhi University, Jamia Milia University, ITC Bangalore, VC’s of Jammu and Kashmir universities and others. The committe has been requested to recommend things how to upgrade ecosystem of higher education department”, he added.

Kansal also added the J&K government has announced uniform academic calendar recently which will been ensured both regions of Jammu and Kashmir on time. (KNS