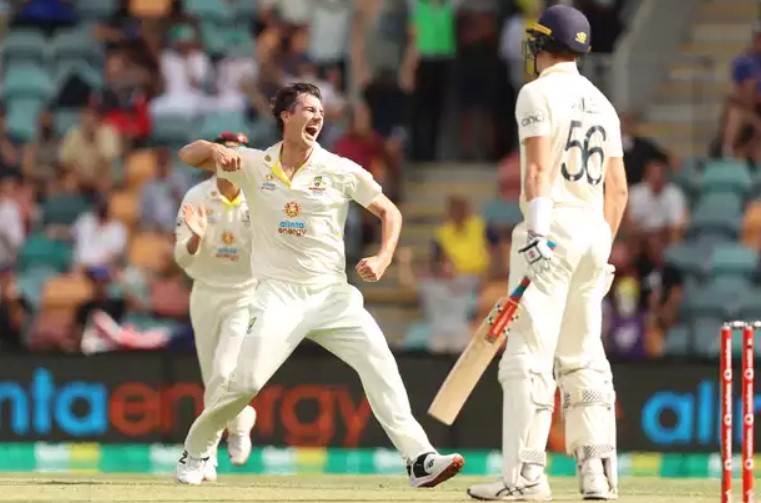 England were brought to their knees in Hobart as their limp Ashes campaign was put out of its misery with a 4-0 thrashing.

The margin of defeat here was 146 runs, but it hardly matters. All it did was confirm what we’ve known since the moment Mitchell Starc sent down the first ball of the series.

This might not go down in history as a whitewash, thanks to a desperate draw in Sydney, nine down, but in truth it has been no better than the 5-0 results that have gone before it.

On the third day at the Bellerive Oval, England started with fight and purpose with the ball to turn Australia’s 37-3 into 155 all out thanks to 6-37 from Mark Wood, the best Test bowling figures of his career.

But well before the end they had waved the white flag. They dropped their guard and they took the pummeling that Australia were only too happy to dish out.

With an improbable 271 runs to chase, England were bowled out for 124 inside 39 overs as they managed to find a familiar level of ineptitude with the bat that we have seen all series.

And yet it seems bizarre to say this, but there had been a ray of hope at the outset as Rory Burns and Zak Crawley easily put on the highest opening partnership of the series with 68 scored at a decent lick.

Burns was almost certainly playing for his Test career and with his long hair allowed to flow out the back of his helmet it seemed to be bringing him the extra luck he wanted.

He could have gone lbw but the Aussies failed to review it, and he almost played back on to his stumps when defending.

But just before the second break of the day Burns did chop on to the stumps and from that point on the softest underbelly English cricket has arguably ever had was ripped wide open.

From 68-0 England lost all 10 wickets for 56 runs in 22.4 overs, it was an ugly sight as player after player arrived in the middle with little or next to no clue how to handle the challenge in front of them.

It is as if they had gone out of their way to show how little they have learnt across the five matches.

Australia have been the better side no question about that, and on occasion the luck has gone against England, such as the mollygrubber that Root got from Boland that hardly got off the ground to bowl him.

But either side of that dismissal England’s batsmen were willing accomplices in their own demise and the Aussies were happy to accept the help.

Cam Green their young talented all rounder sparked the collapse by taking the first three wickets to fall and with the door opened ajar Pat Cummins and Scott Boland tore through it to give themselves and their teammates an extra couple of days off.