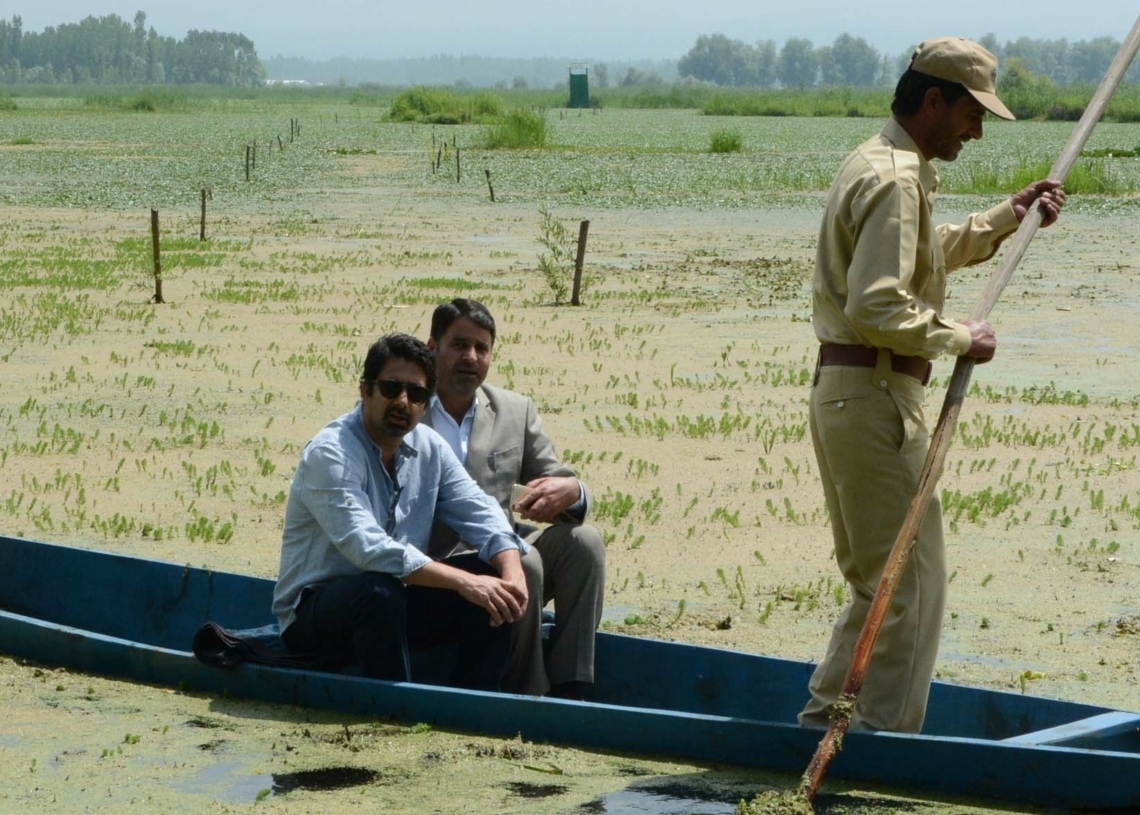 SRINAGAR, MAY 23: Minister for Tourism, Tassaduq Hussain Mufti, today visited Hokarsar wetland to take stock of various activities being taken by the Wildlife Department for its conservation.
MLA Batamaloo Noor Mohammad, Wildlife Warden Rashid Naqash and various other senior officials of the department accompanied the Minister.
Mufti visited various spots in and around the wetland and stressed for implementing best practices for its conservation. He sought details regarding the measures being taken by the department to conserve the wetland.
He was informed that the department is taking various measures to preserve the Queen Wetland (Hokarsar Wetland) covering an estimated area of 25694 Kanals, besides eight other wetlands across the Valley.
The Minister was further told that wetlands like Hokarsar, Haigam, Mirgund, Shallaugh are the natural settlement for the migratory birds. He was informed that every year around seven to eight lakh migratory birds visit wetlands of Valley like graylag, gees, mallards, pintails, wagons, gadwalls, sandhill cranes, coot, terns and during last year 7.5 lakh guest birds visited the wetland.
It was said that these wetlands are paradise for these guest birds, which travel thousands of miles from Russia, China, Eastern Europe and the Philippines to spend their winter season here.
He was briefed that special teams are formed as soon as Kashmir valley approaches towards winter season as migratory birds flock to their winter homes—wetlands—in the Valley to protect them from poachers.
The Minister directed for taking strict action against the people involved in bird poaching and encroachment of the wetland, besides conducting awareness programs regarding the conservation of water bodies.
Mufti was informed that migratory birds feed upon unwanted weeds and material and keep water body clean, besides these migratory birds play an important role in the tourism industry as a large number of bird lovers across the country visit the migratory birds’ places and add to the economy of the state.

CM directs pacing up of decongestion plan, handing over sanitation to SMC