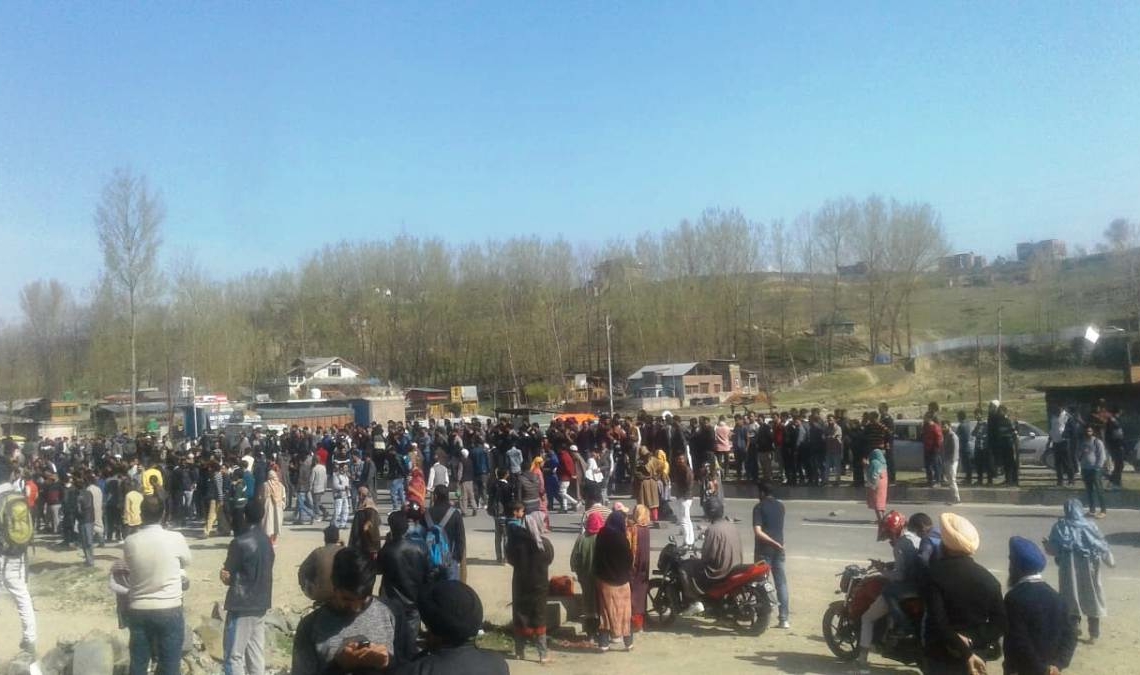 Srinagar, April 2:  Protests broke out between the student families and government forces deployed on Srinagar-Jammu highway at Lethpora after forces allegedly stopped the school buses and thrashed many students.

According to reports a school bus belonging to Hajahad High School Awantipora was not allowed to move ahead despite an official order by the authorities that school buses and ambulances shall be allowed to move during the convoy.  However when the students protested the CRPF men deployed thrashed many students including a minor girl.

“Some of us were thrashed only because we argued with them as they stopped our bus for no reason at all,” one of the protesting students said.

Scores of the locals later joined the protest and blocked the highway. The furious local protestors said that they are being harassed every day by the forces. “If there is a formal order of allowing the students and ambulances, why don’t they follow that,” said a local protestor.

Meanwhile, a CRPF official denied all the allegations and said that “forces did not harm anybody.”

Pertinently, after the February 14 attack at Lethpora central government issued a circular that not to allow any traffic movement during the army convoy.