SSA teachers protest against delay in release of salaries 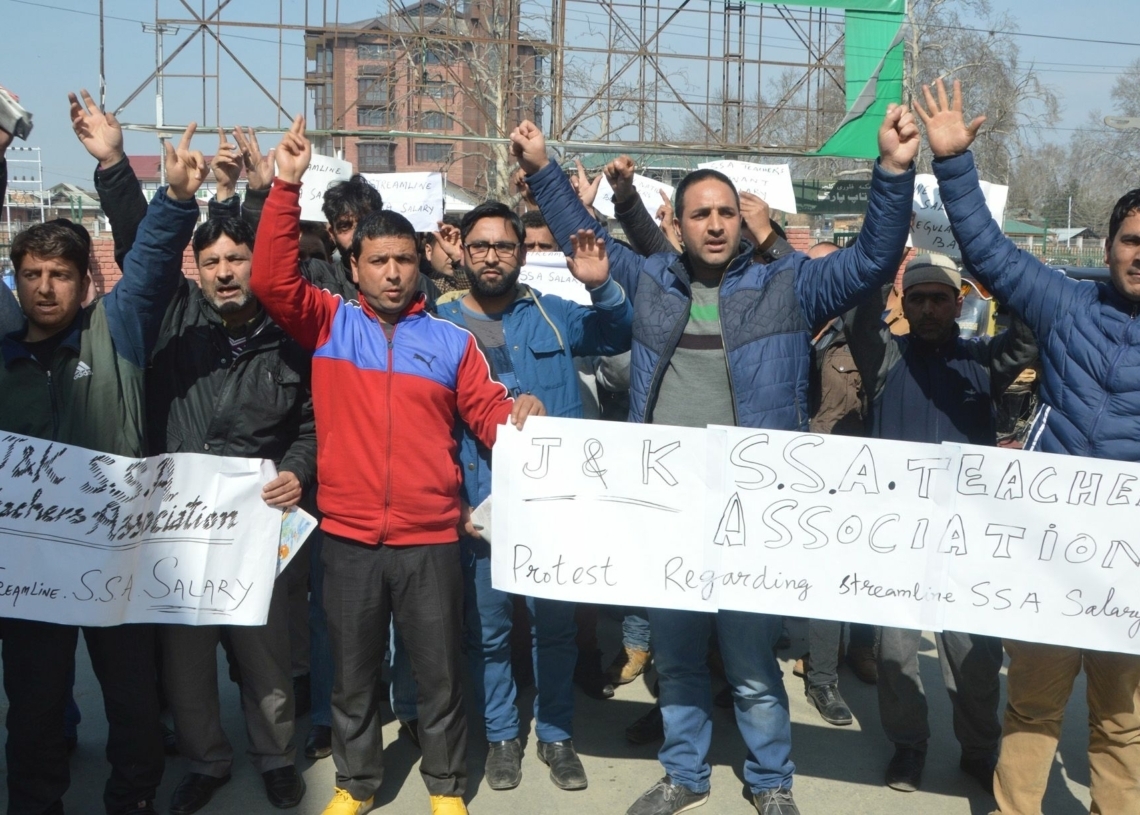 Srinagar, Feb 19: The Sarva Shiksha Abhiyan (SSA) teachers staged a protest at Press Enclave Srinagar on Monday against the government for not streamlining their salaries.
Shouting slogans in support of their demands, they appealed the Chief Minister Mehbooba Mufti to personally intervene into the matter and issue a necessary order for the immediate release of their pending salary besides streamlining the same by delinking the salary budget from the source of funding.
While addressing the protest demonstration, Shah Fayaz, spokesman of the Association, said: “We demand the immediate release of our salaries and on one hand government speaks about improving standards of education while on the other hand, they are doing injustice with us.”
He urged the Education Minister to fulfill their demand for delinking of SSA teachers salary from central source of funding and release of same from the State budget.