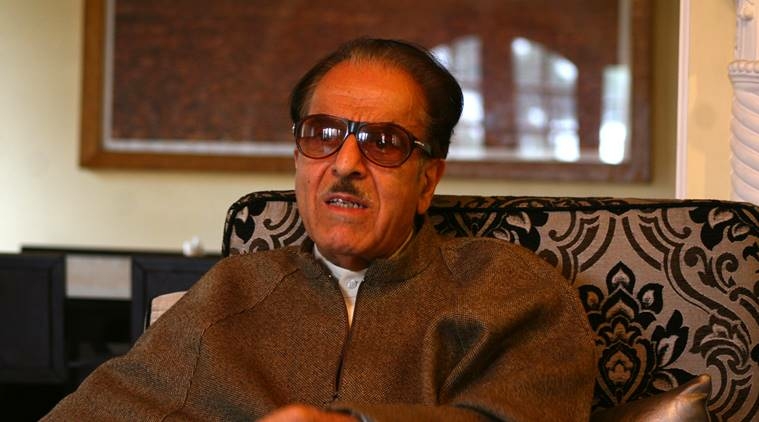 New Delhi, June 22: The Congress on Friday dismissed the claims of party leader and former union minister Saifuddin Soz on the choice of Kashmiris as stray remarks and “cheap gimmick” to sell his forthcoming book and said the party’s Jammu and Kashmir unit will take appropriate action.
In his book, Soz has said that “independence” is the first choice of Kashmiris as he supported former Pakistan President Pervez Musharraf’s assessment in this regard.
“Musharraf had explained that if Kashmiris were given a chance to exercise their free will, they would prefer to be independent. In fact, this assessment of Musharraf seems to be correct even today,” he has written in the book.
Congress chief spokesperson Randeep Surjewala rejected Soz’s contention and said that Jammu and Kashmir is an integral part of India and will continue to be so and that is an incontrovertible and unquestionable truth.
“Congress party and every rightful citizen of India reject such content as a gimmick to sell a book that is yet to come into the market. There is incontrovertible unquestionable truth and that is J&K was an integral part of India, is an integral part of India, and will always remain an integral part of India,” he told reporters.
The Congress leader said that many people will make many statements “either to sell a book or to gain cheap publicity through friends of the media”.
He also said the statement made by Leader of Opposition in Rajya Sabha Ghulam Nabi Azad that civilians should not be killed while carrying out operations against militants in Jammu and Kashmir, was in support of the common people of the state and should not be viewed as something which is “anti-national”.
Asked about what action the Congress would initiate against Soz, Surjewala said, “Pradesh Congress Committee of J&K will take an appropriate action and decide on the issue”.
He cited statements of former finance minister Yashwant Sinha made in Srinagar and by BJP veteran L K Advani on Mohammed Ali Jinnah to hit out at the BJP.
“We have also seen in the past how BJP’s the then deputy chief minister Nirmal Singh made a public statement saying that they would have perhaps told security forces to not take action if BJP-PDP government knew that Burhan Wani, dreaded militant, was inside,” he said.
Surjewala also took a dig at Narendra Modi and Amit Shah, saying while the prime minister invited the ISI which is responsible for terrorist attacks to investigate the Pathankot air base attack by militants, the BJP chief expressed confidence in the ISI.
The Congress leader cited the remark made by former chief minister Mufti Mohammed Sayeed in the presence of Modi, during his swearing-in thanking separatists and Pakistan and not the security forces and election commission, for formation of the government in Jammu and Kashmir.
“We also saw as to how PDP-BJP government made Asifa Andrabi – the poster girl for ‘Beti Bacho Beti Padhao’ in J&K – while she also went to Pakistan and addressed public rallies with terrorists,” Surjewala said.
“So let us not try to divert agenda based on a stray statement made by some individual which we reject in toto,” the Congress leader said.