Sopore shuts against the murder of goldsmith 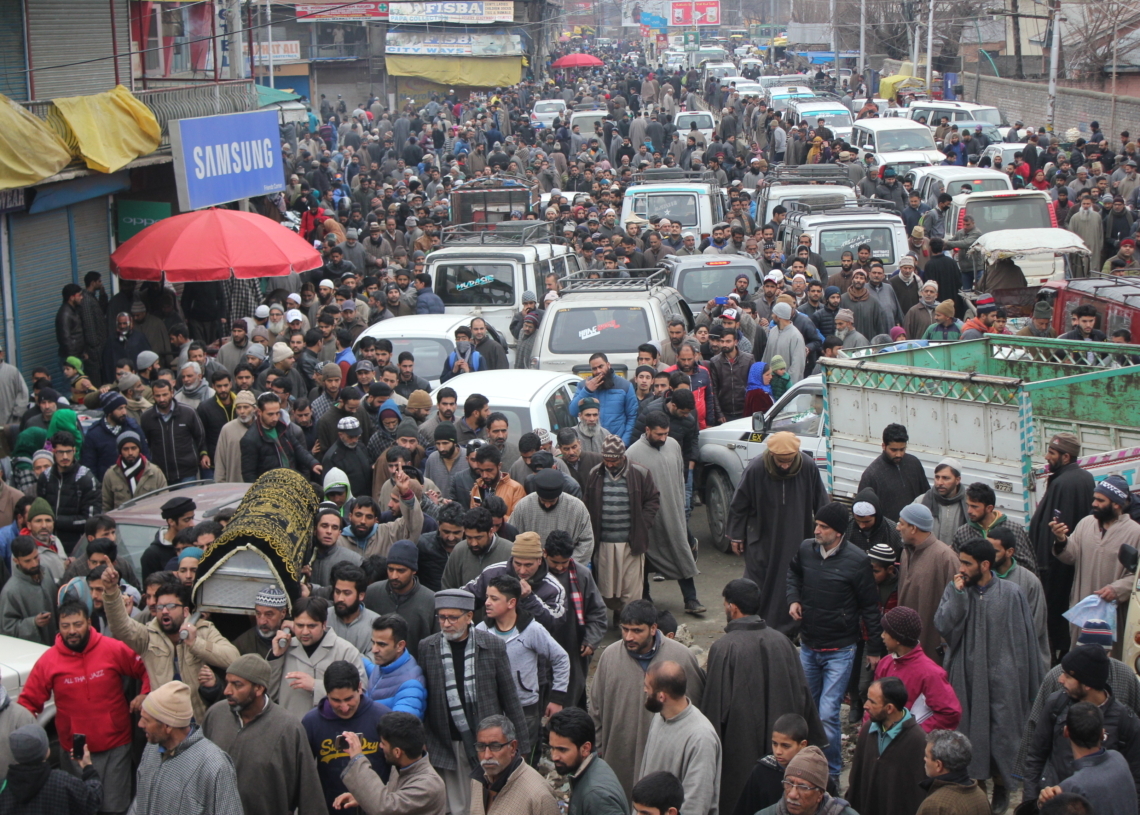 Sopore, Jan 31: Sopore town observed a shutdown against the murder of young goldsmith Tariq Ahmed on Wednesday.
All the shops and business establishments remained shut while transport also remained off the roads.
The call for shutdown was forwarded by Traders Federation Sopore.
Tariq Ahmed, a resident of Kalaros Kupwara who was operating a jewellery shop in Sopore was abducted and murdered by a group of people. His body was retrieved from the river after 35 days on Tuesday.
Meanwhile, a large number of people mostly traders participated in his funeral. His body was later shifted to Kalaroos where after funeral prayers; he was buried in his native grave yard.
People in thousands took out a protest rally which started from Sopore hospital towards Iqbal Market amid sloganeering during funeral prayers.