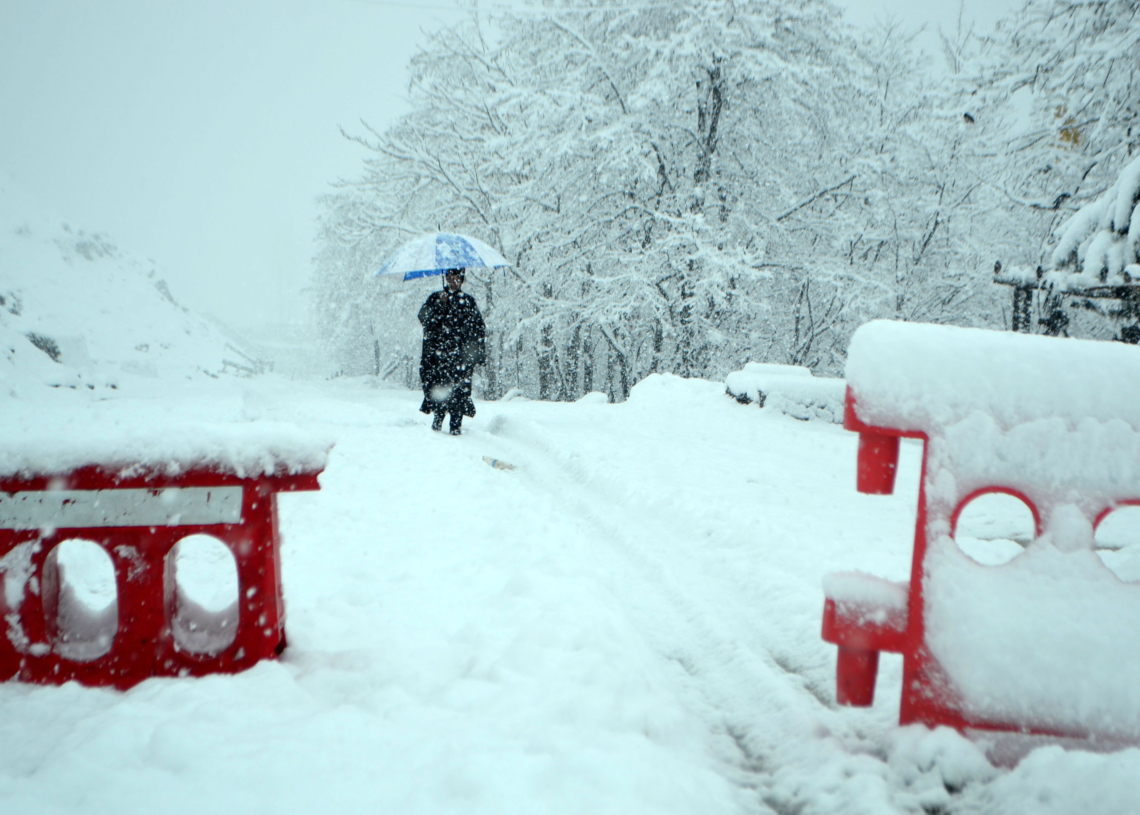 Power Development Department (PDD) has not been able to restore electricity even after three days.

Students appearing for different exams are the worst hit by the power crisis in Kashmir. Sample this: For the last three days, Tamanna, who is writing her class X exams, has not able to focus on her studies under candle light.

“My younger brother and I are not able to study under candle light. Entire area has been plunged into darkness. Nobody is bothered to redress the grievances. It seems administration has gone into deep slumber,” said Tamanna, a resident of old city.

Chief Engineer, Power Development Department, Kashmir, Hashmat Qazi said electricity supply to the emergency services has been restored.  “We are on job to restore electricity across Kashmir,” he added.

What has complicated the problem is the potable water shortage and water logging in different parts of Kashmir.  “Inner roads in Baramulla district are yet to be cleared from snow. Our lives have been made miserable. Administration is missing on the ground,” said Bashir Ahmad, a resident of old town Baramulla.

Traffic on Srinagar-Jammu national highway was again suspended on Saturday after fresh landslides occurred at Ramban. “Lots of vehicles are stranded on the highway. The highway is expected to reopen on Sunday if weather permits,” a spokesperson of traffic department said.

Air traffic on the other side was restored on Saturday afternoon.

Srinagar, Nov 9: Traffic on national highway, the only road connecting Kashmir valley with the rest of the country, was resumed on Saturday after remaining suspended since Thursday due to heavy snowfall and landslides.

However, only stranded vehicles were allowed to move towards their respective destinations on the highway, a traffic police official told UNI this morning.

Meanwhile, the 434-km-long Srinagar-Leh national highway and historic 86-km-long Mughal road remained closed for the four the day on Saturday due to accumulation of snow and threat of avalanche.

Official said that there was several feet of snowfall at Jawahar tunnel, Shaitan Nallah, Banihal and Qazigund, forcing authorities to suspend traffic movement on the Srinagar-Jammu highway on Thursday.  Heavy rain also triggered over a dozen landslides between Ramban and Ramsu, he added.

The Border Roads Organisation (BRO) and National Highway Authority of India (NHAI) immediately put into service sophisticated machines and men to clear the snow and landslides, he said.

However, the BRO and NHAI worked during the night and cleared the landslides, he said, adding it was later decided this morning to allow stranded vehicles to move on the highway.

He said there were over 2000 vehicles, mostly carrying fruits from different parts of the Kashmir valley to outside mandis, stranded on this side of the tunnel. “We have allowed fruit trucks to move towards Jammu and by 1000 hrs over 900 such vehicles have crossed the landslide prone areas,” he said.

Air traffic resumed on Saturday after remaining suspended for two days due to poor visibility and heavy snowfall from Srinagar International Airport, where flight services were made operational in the afternoon.

However, the morning flights from the only airport in the valley were cancelled due to poor visibility.

“The air traffic from Srinagar airport has been resumed after 1300 hrs following improvement in the visibility,” an Airport official told UNI.

He said all the flights after 1300 hrs were operating normally. But, he said all the morning flights had to be cancelled due to poor visibility following cloudy weather.

Meanwhile, passengers alleged that the air fare has sky rocketed during the last two days. “As the valley was cut off from the rest of the country due to closures of Kashmir highway and Mughal road, the air ticket rates hiked many folds, despite the air traffic also remaining suspended,” Irfan Saleem, a resident of Srinagar, told UNI.

He said ticket from Srinagar to Delhi, which was being sold at Rs 3,000 to Rs 4,000 is being sold at Rs 10,000 to 11,000. “The authorities have been talking about capping the rates, but no such initiative has been taken so far and the common people are suffering.