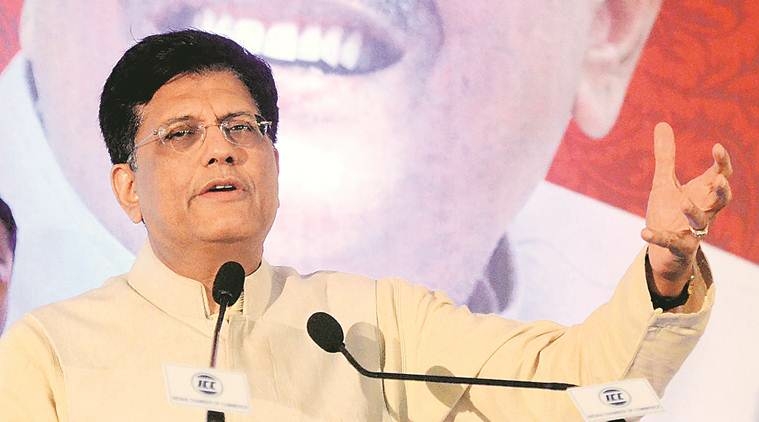 Kolkata: Union Finance Minister Piyush Goyal on Monday said that the single goods and services tax (GST) rate slab as proposed by some political parties is a “ridiculous suggestion”.
“One rate of tax (GST) is a ridiculous suggestion. It would be a burden on the poor and the middle class if items of daily use like salt, sugar and clothes were taxed at 18 per cent,” Goyal said at the Indian Chamber of Commerce in Kolkata.
Some political parties have been demanding that the Centre must do away with the four-slab GST rate structure and make it more simplified. The Congress, on the other hand, promised to reduce it to one slab if voted to power in 2019.
According to him, the then United Progressive Alliance government had proposed an 18 per cent single GST slab looking at the tax collections and concessions given to the poor.
“The rate proposed earlier would have not been accepted. Also, the GST structure would have not worked. If Mercedes-Benz and aircraft become cheaper thanks to a single rate, this would have been the worst form of governance. What stops us from elimination of slabs or further reduction in rates on more items is, if all the taxpayers pay their taxes, India could really be a low-tax nation,” he said.
However, the Finance Minister said that rates of 328 items out of a total of 1,200 had been reduced after the implementation of GST in July last year.
Goyal, who also holds charges of Coal, Railways and Corporate Affairs Ministries, has been looking after the Finance Ministry due to Arun Jaitley’s indisposition.
Meanwhile, Goyal said he was keen to reignite long-term financing in the country and had floated the idea with a large bank. The minister also wondered why banks were not floating long-term infra bonds with fixed coupon rates to raise money. “I am worried about long-term financing in India after the transformation of financial institutions like ICICI and IDBI into universal banks. Why the banks cannot float long-term infra bonds for a period of 25 years with a fixed coupon rate? It is a thought which is open for discussion,” he said at the same event.
According to him, such bonds would also provide a stable income flow to retired persons as well.