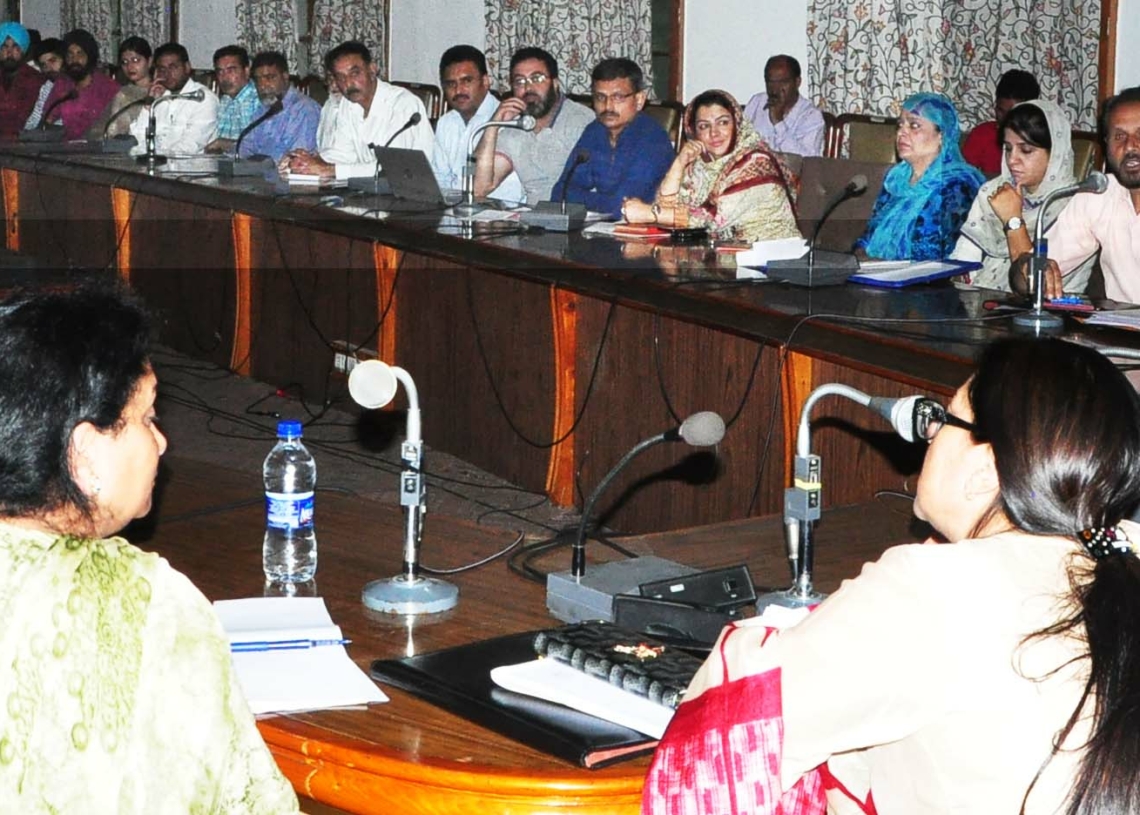 Srinagar, Jun 05: The Minister for Housing and Urban Development, Sat Sharma today directed the officers to ensure that the pristine glory of the world-famous Dal lake is restored maintaining that it is imperative for maintaining the ecology of the Valley.
The minister was addressing officers during a review meeting of the Jammu and Kashmir Lakes and waterways development Authority (JKLAWDA) here.
Minister of state for Housing and urban development Asiea Naqash, Financial Commissioner, Housing and Urban Development, K B Agarwal, Vice Chairman, LAWDA and other senior officers were also present.
The Minister while directing the officers to synergize their efforts to ensure proper conservation of the world-famous Dal Lake, said that it is a part of our heritage and also important for the sustenance of our ecology, so it is imperative that we should all be contributing our bit in ensuring that the endeavors of the government for its preservation are made a success. He said that the projects being undertaken by the state and central government should be completed within the stipulated time frame so that it is scientifically conserved.
While taking a serious notice of the encroachments being done along the periphery, the Minister directed the VC LAWDA to ensure that the practice is arrested immediately and action be initiated against the encroachers. He said they should film the areas of the Dal Lake and its catchment areas so that the authorities would be having a ready referral material for the actual land use and the encroachments being done.
He said that since judiciary is also monitoring the same it is imperative that we should be very strict viz-a-viz the encroachments and safeguarding the actual area of the Dal Lake.
Sat Sharma also directed the officers to come up with the requisite notification by virtue of which no construction zones can be properly notified and people made aware about the same. He said that the
While asking the officers to undertake a massive de-weeding exercise, the minister said that the same would ensure that the water body is cleaned and the algal growth and other related things are checked. He said that the judicious use of manpower for manual de-weeding and those of mechanical de-weeders should also be done.
The Minister also directed the VC to undertake massive awareness programmes to educate the people about the importance of conserving the Lake and the measures being taken for the same. He said that the officers should undertake massive visits to keep themselves abreast about the implementation of the government’s initiatives, besides getting the requisite feedback about their status.