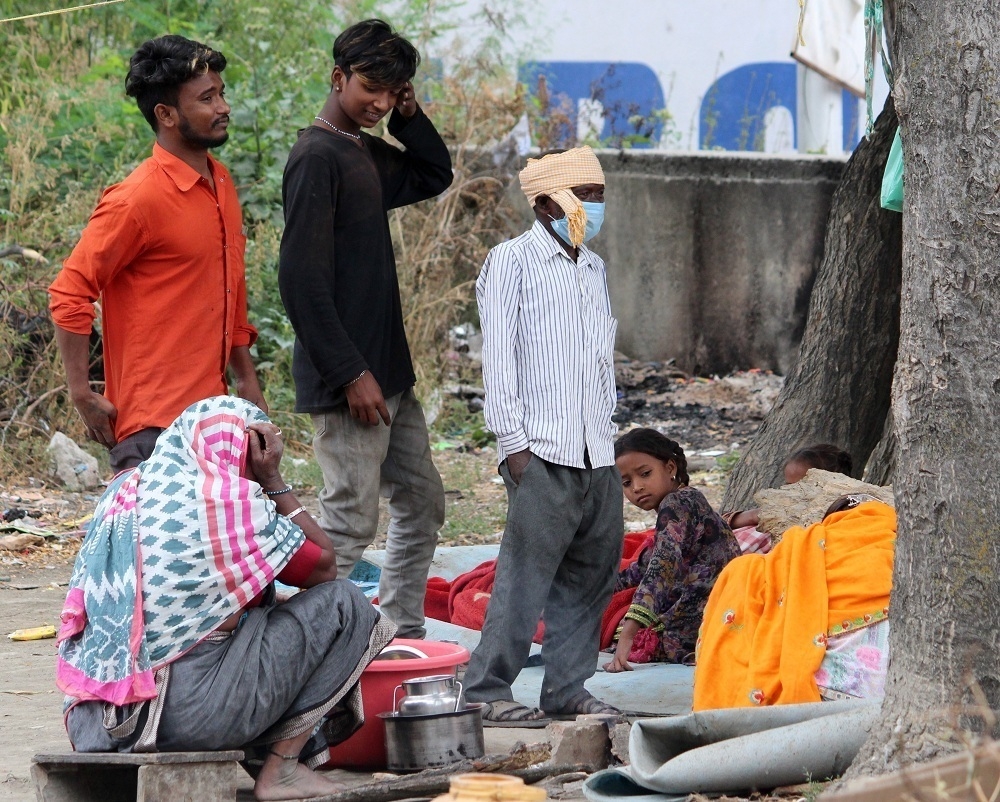 Jammu: Thirteen people have been arrested for illegally charging labourers from outside Jammu and Kashmir on the pretext of facilitating their “smooth entry” into the Union Territory, police on Tuesday.

Seven cases, including one in Punjab, have been registered in this connection, they said.

A probe has also been instituted against some policemen, including an assistant sub-inspector, after it came to light that they tried to allow entry of people from the second bridge over Ravi river in violation of the set protocol, Senior Superintendent of Police, Kathua, Shailendra Kumar Mishra said.

“The entry to Jammu and Kashmir from outside is being allowed under certain guidelines as part of the efforts to prevent the spread of novel coronavirus… We came to know that some mischievous elements, taking advantage of the situation, are misleading J&K-bound labourers in Punjab and charging from Rs 1,000 to Rs 2,000 per head,” Mishra told reporters in Kathua.

Cautioning the labourers against the touts, he said there is no need to pay money to anyone as everyone wishing to enter Jammu and Kashmir has to follow the set protocol and undergo COVID-19 test, which is done at Lakhanpur free of cost.

“The touts used to approach the labours on their arrival in Pathankot since the interstate bus service is suspended and make them believe that their entry into the UT is impossible without their help,” the SSP said, adding the frightened labourer fell prey to them and thus ending up losing their hard-earned money.

“The rush sometimes used to increase on the Lakhanpur corridor as it was only entry point into J&K before the opening of Atal Setu recently and taking advantage of this, the mischievous elements made it a source of income.

“When we got this information, we carried out well planned raids and have so far registered seven cases in this connection,” the officer said, adding six of the cases were registered in Kathua district and one in Pathankot district of Punjab.

“We have arrested all the 12 accused in six FIRs – four at Lakhanpur police station and one each in Kathua and Hiranagar, while the Punjab police has arrested one person and the search is on for another who is absconding,” the SSP said.

The SSP said the accused used different modus operandi, the prominent being that some taxi drivers and touts used to approach the labourers on their arrival at Madhavpur and made them believe that the entry into J&K is impossible and that they have to stand in long queues, get quarantined and even the COVID-19 test have to be undertaken privately.

“After trapping the labourers, they used to take their Aadhaar cards and then accompany them to Lakhanpur where they would introduce themselves to officials as contractors wishing to send labourers to different areas of J&K,” Mishra said.

He said the labourers then used to follow all the rules like collecting dispatch slips and undergoing testing, which is all free of cost, Mishra said. The SSP said the administration has arranged SRTC buses for them at Lakhanpur while the private buses have rate lists for various routes displayed so that no one is cheated.

To a query, the SSP said mostly civilians were found involved in this wrongdoing, but investigation in going on in one of the cases pointing to the role of a special police officer (SPO) of railway police who was reportedly facilitating entry of labourers without dispatch slips with the help of a chowkidar of the Excise Department in lieu of money.

“An information was also received about an ASI and a head constable who tried to facilitate movement of some people from a bridge over the Ravi. The investigation is on but no proof has been found against them so far,” he said, adding both of them were, however, removed from there for the time being before the clear picture emerges.

In reply to another question, he said all the dealing had taken place in Punjab as due to the closure of interstate transport, the buses carrying labourers are dropping them at Madhavpur.

As part of its efforts to counter it, the SSP said the police have displayed telephone numbers at various places and are making frequent announcements through the public order system to inform the labourers coming from outside not to get misled by touts.

“The labourers coming to J&K from different parts of the country are an asset to us and we will not allow anyone to loot them,” he said and lauded Pathankot SP Gurdeep Khurana for his prompt action after being informed about the touts.

(With inputs from agencies)