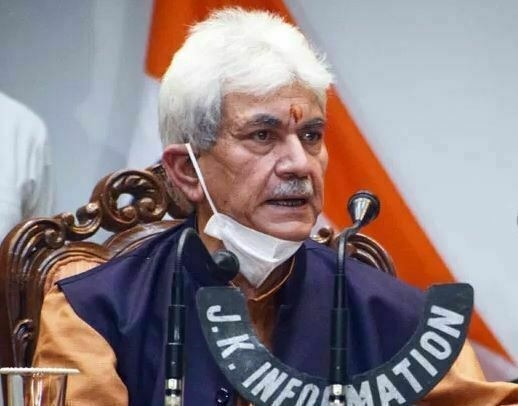 NEW DELHI: Jammu and Kashmir Lt Governor Manoj Sinha has advised the security establishment in the Union Territory to not let soldiers, paramilitary personnel and police take the law into their hand, according to report published in national media.

BJP leader Sinha’s guidance to the top brass of army, paramilitary and police forces came at a meeting after he was appointed as Lt Governor on August 6, officials said.

The move is part of the government’s efforts to win the trust of civilians in Jammu and Kashmir who have borne the brunt of the decades-long insurgency in the region. The government says civil unrest due to military high-handedness can also derail its development plan for the newly formed UT.

“A week after taking over the charge of J&K LG, Sinha had held discussion with top brass of the army and made his opinion clear that action must be initiated into the July 18 Sophian encounter. Later, he also directed the police to probe the matter. Such actions were taken to deter trigger happy cops and jawans against unplanned, rash action in anti-terror operations,” the officials said.

Around September 11, the family members of three men — Ibrar Ahmad, Abrar Ahmad and Imtiyaz – who were killed in the Sophian encounter, wrote a letter to Sinha over what they stated was “inordinate delay” in getting results of DNA tests performed on the deceased. They also sought justice on the grounds that innocent labourers were shot dead in a fake encounter.
The LG is said to have sought an update from the administration to ensure that laws are followed in the case.

The J&K Police recently claimed that the DNA samples of the three persons killed had matched with their respective families.

Army chief General MM Naravane met Sinha on September 17 in Srinagar. The next day, according to government sources, the army conceded that they had found prima facie evidence of the troops exceeding powers under the Armed Forces Special Powers Act (AFSPA) during the encounter. A court of inquiry was constituted to fix accountability.

In another decision, an inquiry was ordered into the custodial death of a youth in Sopore last week after Sinha’s intervention.

It is learnt that the LG spoke to director general of police Dilbagh Singh on September 16 after the family members of Irfan Dar accused police of custodial killing and the residents of Sopore took to the streets in protest.

Sinha is believed to have told the DGP that a magisterial inquiry into the alleged custodial death must be ordered.

“At the same time, he has also held high-level discussions with top brass of paramilitary forces for carrying out effective anti-terror operations in close synergies with the army and police to neutralise the terrorists operating in the valley. He has also directed the security establishment to target the drug nexus operating from across the border and hawala network that is being used to fund anti-national activities,” sources said.