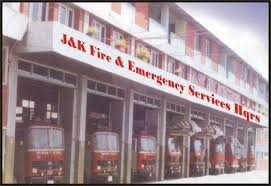 Srinagar, Jan 14: The aspirants, who had appeared in the recently held written test for recruitment in Fire & Emergency Services, Monday staged a protest at Srinagar’s Press Enclave demanding immediate release of selection list.

Talking to media here, the aspirants said that it is for the second time that they appeared in the examinations for the posts.

The protestors said that they had appeared in the written as well as fitness test, but the selection list was not declared by the authorities. When asked, the protesting students said that concerned authorities in the department said that due to 2014 floods all the records got vanished in the floods.

The aspiring students again appeared in the written test and other tests for the second time in December last year and were promised that selection list will be publicized soon, said the protestors.However, so far nothing has come out

The protestors said they approached to the Director General of Fire and Emergency Services recently and urged him to declare the selection list soon.