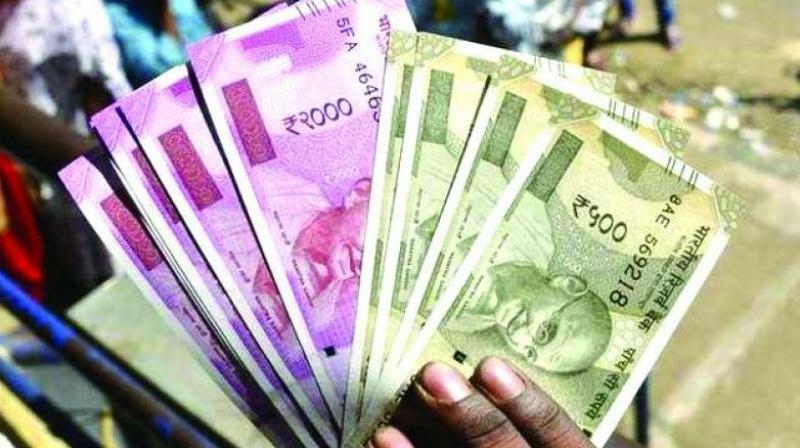 Chennai: Receding trust of emerging economies in the US dollar and the increasing acceptance of digital currencies are diminishing the relevance of cash. But this will strengthen the value of gold, says a report published by the World Gold Council.

With innovations moving from cheques to debit and credit cards, then to electronic transfers and most recently smartphone applications, cash has become less relevant, said Ken Rogoff, Professor of Economics and Professor of Public Policy at Harvard University in WGC’s report.

“At the turn of the century, for example, 35 per cent of all legal transactions by value were conducted in cash in the United States. Today, that figure has declined to 7 per cent and it is expected to fall to around 2 per cent in the next decade,” he said.

According to him, emerging market central banks would hold fewer dollars and more gold as a way of diversifying their portfolio. In the years post sub-prime crisis, central banks have been increasing their gold reserves.

“At the moment, most emerging market central banks hold 1–2 per cent of their reserves in gold, 70–80 per cent in dollars and the rest in euros and other currencies. I think a 5 per cent allocation seems a natural position to take as part of an effective diversification policy,” he said. As emerging markets expand and trust the US less, that will also strengthen the value of gold.

Though acceptances of crypto-currencies have been seen spreading fast, they may not replace cash. “The idea that a few geniuses in Silicon Valley can create a world that governments can’t touch is stupefyingly naïve,” he said.

Crypto-currencies can limit the effectiveness of fiscal policy. “Crypto-currency is not currency and it will be regulated. We see regulation starting to happen in the UK and the US and it will keep ramping up. The only reason it hasn’t happened so already is because crypto-currencies just don’t matter that much,” he added.