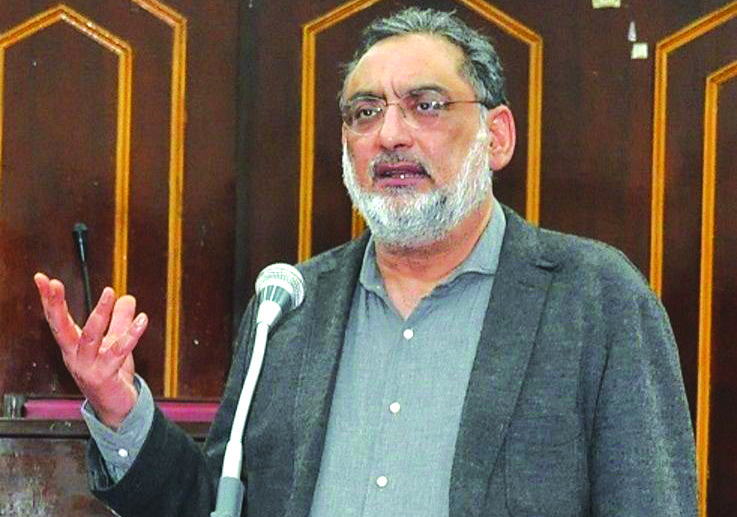 Jammu, Feb 20: In a major relief its employees, the State Government today relaxed norms for settlement of final GP Fund final refund cases by the District Fund Offices and other Fund Offices.
The announcement in this regard was earlier made by the Minister for Finance, Labour and Employment, Dr Haseeb A Drabu in his budget speech in the State Legislature last month.
“The employees face considerable difficulties in the settlement of their GP Fund cases at the time of their retirement and they are asked to produce a certificate relating to withdrawals since their joining of service. Government employees will, henceforth, be required to furnish only credit and debit statements for the last five years for their final GP fund withdrawal,” Dr Drabu had said in his budget speech.
Following the announcement made by Dr Drabu in his budget speech, the Finance Department today issued the formal orders in this regard.
As per the orders issued by the Principal Secretary Finance, Navin Kumar Choudhary, the employees at the time of settlement of final GP Fund (refund) claims, only last five years debit and credit statements showing withdrawals (both refundable and non-refundable) and subscriptions made by the subscriber respectively shall be required to be furnished.
It further said that where the information for such period is not readily available with the Drawing and Disbursing Officer due to non-availability of records (having gutted in fire or due to any other reasons like floods, theft, any other natural calamity), an indemnity bond (as per format available in the General Provident Fund Manual and recast vide Govt Order No: 187-F of 1999 dated 15.10.1999) shall be obtained from the concerned subscriber and his nominee(s)/successors (s) indemnifying the Government from any loss arising due to any un-accounted sum of advance and withdrawal as may be located subsequently. The indemnity bond, duly furnished by the retired subscriber/his nominee(s)/ successor (s), shall be accepted by the DDO wherefrom the GP Fund refund claim of the subscriber is forwarded to concerned Fund Office.
The order further states that while accepting indemnity bond, the DDO shall ensure that averments made by the subscriber/his nominee(s)/ successor(s) in the indemnity bond, recording therein the reasons of non-availability of records, are supported by collateral evidence like FIRs etc.
All other provisions regarding the settlement of GP Fund final refund claims as contained in the GP Fund Manual or any other instructions, orders, guidelines and rules etc shall be deemed to have been modified to the above extent.