Pollution on rise in valley despite laws in place 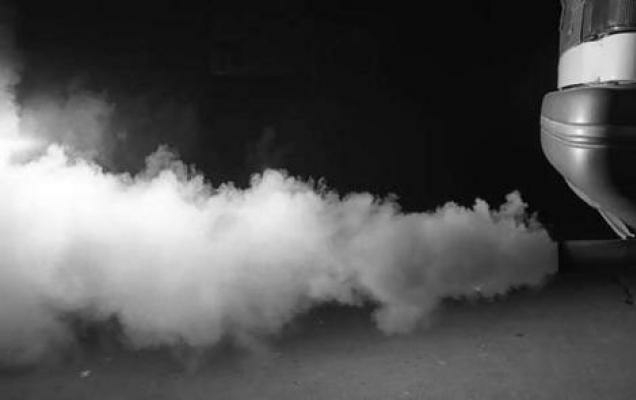 Srinagar, August 16: Despite framing of laws for protection of environment, there has been an increase in pollution levels in the valley.
The Pollution Control Board (PCB) has to enforce several environmental laws to check pollution levels.
An official document of PCB said the laws were framed to ensure the “regulation of industrial activity” in the state and “control and abatement of pollution”.
Despite these laws, pollution levels have increased in the state.
An official of PCB said these laws have been confined to papers only with rarely any implementation on ground.
“Until the laws are not properly implemented in the valley, the pollution level won’t be curbed,” the official said.
A study jointly conducted by a team of scientists from Pune-based Indian Institute of Tropical Meteorology (IITM) and University of Kashmir found that the air quality deteriorates significantly during the winters in Srinagar.
“Long-term monitoring of fine particulate matter, PM2.5, responsible for deteriorating human health, has been done and the results indicate that air quality of the capital city Srinagar deteriorates significantly during the winter,” the study says.
Senior scientist and Head of Biomedical Waste Management Cell, PCB, Dr Sabeena, blamed the weak administrative capacity for the non-implementation of laws.
She said, “Even as we have pretty strong environmental laws, it does not necessarily lead to enforcement and implementation. There is less manpower and no clear-cut policy with regard to these laws.”
Professor Mohammad Ayub, who has worked extensively on the environmental laws at University of Kashmir, claimed that PCB has failed in implementing the regulations.
Ayub said, “There are no separate divisions for various laws within the board. Moreover, there is no legal authority to oversee the pollution levels in PCB. Nor they have the required financial and administrative setup.”
“The need of the hour is that the board should include an amalgam of expertise,” he said.
He added, “If PCB expands its powers by bringing more people with expertise, you will see the proper implementation of laws.”
Over the years the government has framed several environment laws like ‘Hazardous Wastes (Management, Handling and Transboundary Movement) Rules 2016, the Bio Medical Waste (Management) Rules, 2016, the Plastic Waste Management Rules, 2016, the Noise Pollution (Regulation and Control) Rules, 2000, Solid waste management rules, 2016, the Batteries (Management) Rules 2016, J&K Non-biodegradable material (Management, Handling and Disposal) Act, 2007, the Jammu and Kashmir Brick Kiln (Regulation) Act, 2010 and Rules. However, the experts believe that there is very less implementation.