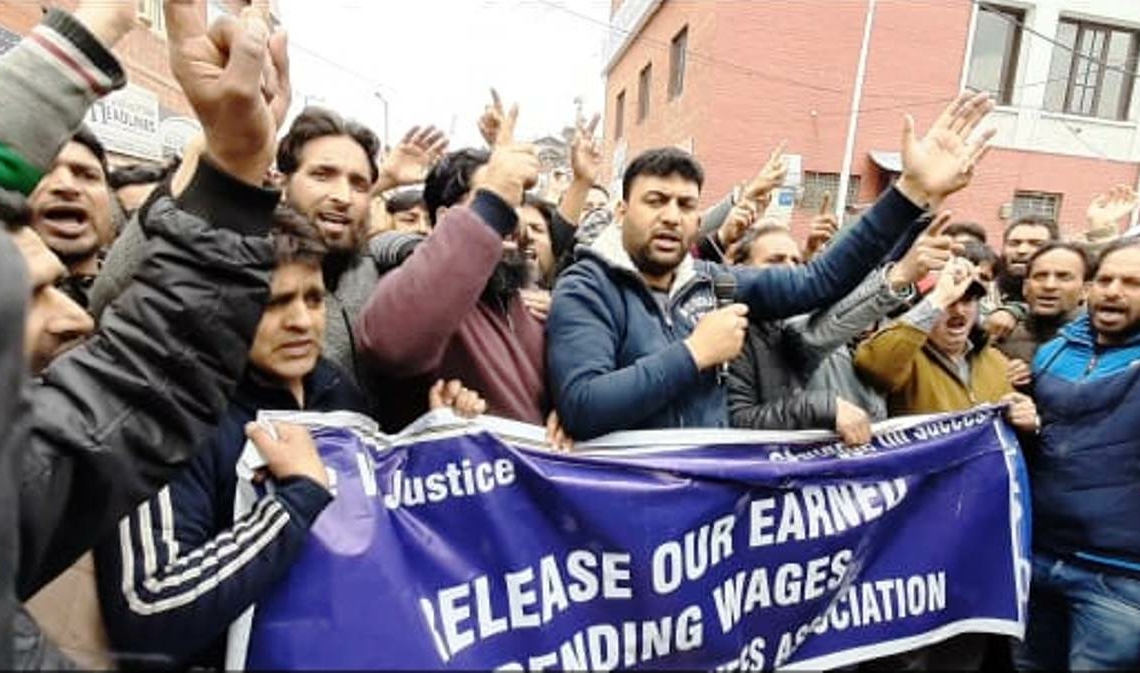 Srinagar, March 30: The PHE Joint Employees Association held a protest here on Saturday demanding the release of their wages and regularisation of services.
Scores of casual workers and daily wagers, led by the Sajad Ahmad Parray, Chairman Kashmir PHE Joint employees association, assembled at Lalchowk and marched towards the Press Enclave.
Chairman of the association, Sajad Ahmad Parray while talking to media said their wages were not being released by the department.
“We are facing financial problems due to which the studies of our children have been worst affected. We are unable to pay the fee of our children,” Parray said.
“We are working in the department by leaps and wounds from the last couple of decades but we have not been paid not even a single penny from last one and a half year,” he said.
He said that our patients are without treatment because of non-availability of money.
He added that they are also demanding the regularisation of services under SRO 520.
The protesters requested the Governor Satya Pal Malik to look into the matter.
“If our demands were not met in coming days we will lock down all the offices from April 2 to 6 and no employee will be allowed to enter the office,” said another protester.

Govt to release pending payment of protesting contractors from April 01