PDP has taken Kashmir back by a decade: NC 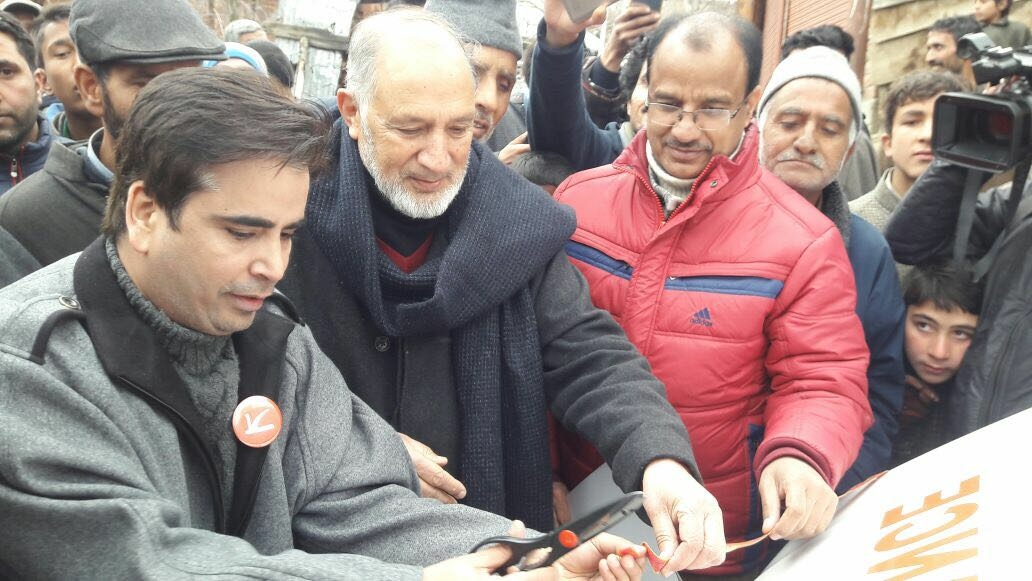 Beerwah, Feb 14: National conference leader and Political Secretary to Omar Abdullah, Tanvir Sadiq today said that Omar Abdullah’s endeavour as the elected representative from Beerwah is to ensure holistic, planned and equitable allocation of resources and funds irrespective of political affiliations and ideologies – a mission that has been implemented in letter and spirit in every nook and corner of the constituency.
While addressing gathering at Iskanderpora in Khag amidst cheering Tanvir said “Omar promised you Magam – Beerwah – Budgam, Aripthan – Iskanderpora – Khag Road he gave you”, He promised you that every Halqa will see equitable development its evident everywhere” – He promised Bridge on Sukhnag that will be turned into reality soon – He promised to strengthen health services in the constituency- and see in the last two years he has given 7ambulances to PHC’s “ adding “Khag, Poshker, Beerwah, Gundipora, Magam , Narbal and now the 8th here to Health Sub- Center Iskanderpora”
“Ambulance has been your constant demand to Omar Sahab – I know how much your people have suffered, Now you are not on the mercy of anyone- if someone needs to go to hospital here is your van donated by your MLA Mr Omar Abdullah ” said Tanvir while donating 8th Ambulance to PHC Iskanderpora adding “Now almost all the PHC’s have their own ambulances.
While addressing the people Tanvir said “Mehbooba Mufti Government had alienated the people and widened the already deep trust deficit in the Valley He added “The PDP Government has taken Kashmir back by a decade and all peace that we brought have been wasted. The level of alienation and resentment among the people in general and the youth in particular is alarming”
“Now we hear that even for filing an FIR she needs to seek permission from her bosses in delhi”, “ She has been humiliated time and again by her bosses but the lust for the chair is so much that she will prefer Kashmiris being subject to all alienation & humiliation but not leave the chair – her Government is responsible for the rapidly deteriorating situation in Kashmir”
Tanvir said poor are facing lot of difficulties due to shortage of ration and the prices of sugar have gone high and purchasing capacity of poor and downtrodden has gone very low and people are facing lot of difficulties.
Sadiq also said that the poor, widow, handicap and old age are not getting pension which is social security for the poor. Steep rise in the prices have made the condition of common poor people very miserable. The downtrodden are feeling further depressed and poor people becoming further poor.
Tanvir asked people to reach out to more and more youth and involve them in constructive party activities aimed at ushering the State into another corrective era of peace, progress and stability.