Pakistan has no locus standi on JK: Rajnath to Japanese PM 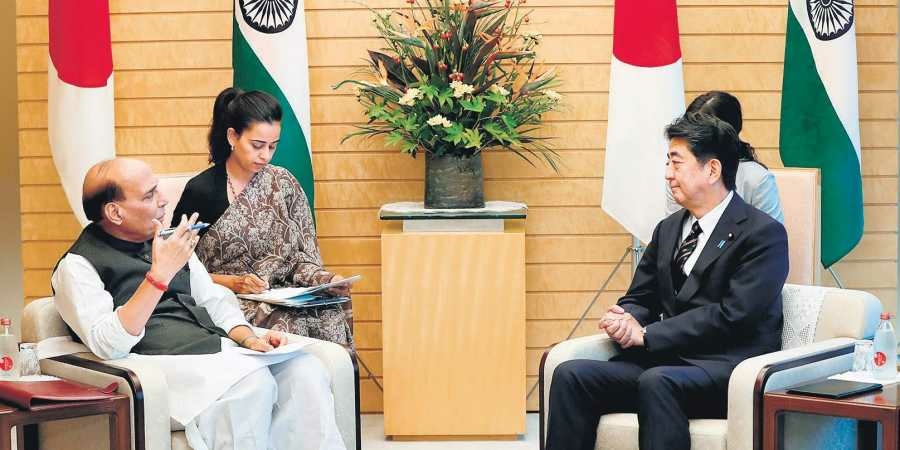 Defence Minister Rajnath Singh on Monday told Japanese Prime Minister Shinzo Abe that Pakistan has no ‘locus standi on Jammu and Kashmir, which is an integral part of India.’

He also informed Abe that the decision to revoke the special status accorded to the state will benefit its people, said an official statement.

Singh is in Tokyo in the first leg of his five-day visit to East Asian countries, including Japan and South Korea, with an aim to strengthen military and defence ties with India.

Later in the day, Singh co-chaired Japan-India Defence Ministerial Meeting with his Japanese counterpart Takeshi lwaya and discussed the abrogation of Article 370 of the Indian constitution, which gave special status to Jammu and Kashmir

During the meeting, Singh categorically told Iwaya that Pakistan has to end terrorism that is emanating from its soil and only then India will talk with Islamabad.(ANI)