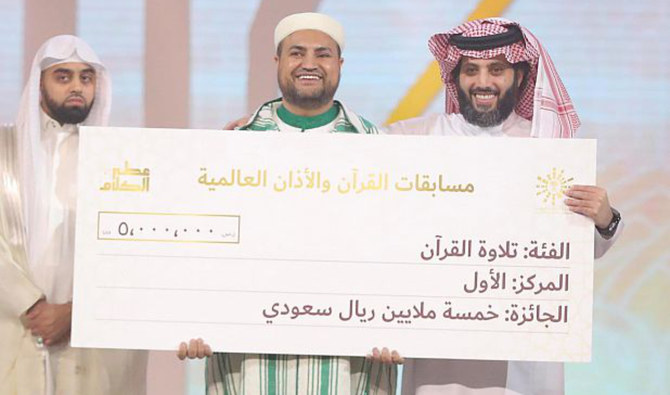 “Otr Elkalam” (“Scent of Speech”), kicked off on the first day of the fasting month of Ramadan and was broadcast on the Al-Saudiya TV channel.

Turki Al-Sheikh, head of the Saudi General Entertainment Authority, crowned the first-place winners and said the event would return next year with a new set of competitors from around the world. He also thanked King Salman and Crown Prince Mohammed bin Salman for their unlimited support for the authority.

More than 40,000 participants from 80 countries applied to participate in the qualifying stage of the competition that started in 2019. Thirty-six contestants qualified for the final stages — 18 participants for each contest — hoping to be recognized as the best in their specialty and looking for a chance to share the $3.2 million combined prize money.

The prestigious competition is notable for its precise judging criteria, with a set of distinguished jurors. The 13-member judging panel included muezzins from the Two Holy Mosques, key Qur’an reciters from around the globe, and famous international competition assessors.