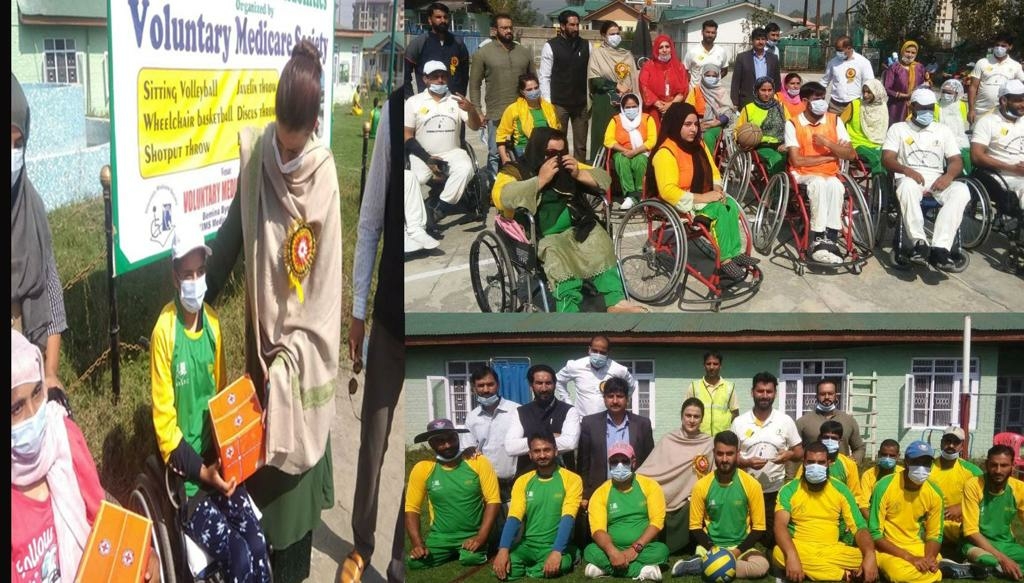 Srinagar: The Secretary, Sports Council, Nuzhat Gul today praised the players with disabilities for their resilience to mitigate their sufferings and reduce their dependency by actively participating in sports and games.

The Secretary said this while addressing the players during a mega sports event organised by Voluntary Medicare society (VMS) at its premises in Bemina Byepass, here.

Players from all districts participated in Athletics, basketball, badminton and sitting volleyball.

The Secretary also lauded the role of VMS for its tireless efforts to rehabilitate and lessen the sufferings of persons with disabilities.

She praised VMS for providing a conducive and favourable platform for such persons wherefrom they can excel their talent and become valuable and responsible members of society.