No space for existing colleges, JK sanctions 28 new ones 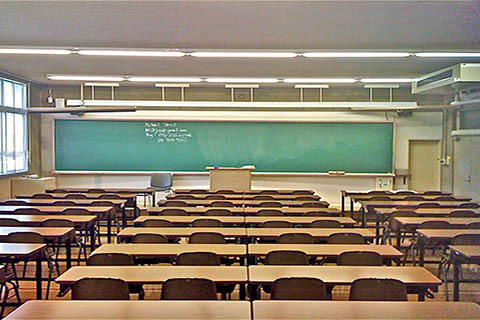 Srinagar, Nov 8: Without improving the infrastructure in the existing ones, the J&K government has sanctioned 28 new degree colleges across the state.
Most of the colleges sanctioned since 2008 have been running in rented accommodation.
For instance, Women Degree College Zukra is functioning in the Library Block of Amar Singh College since 2008.
For the last two years, the college building has been under construction at Zukra.
A student of Women College, Khytul Abazia, told The Kashmir Monitor: “Our college lacks basic facilities. There is only one course offered in the college.”
“The college is running in eight room of mathematical institute block of Amar Singh College,” said Riyaz Ahmad, Assistant professor in the college.
Degree College Bagh-e-Dilawar Khan, the construction of which was started six years ago, is yet to complete.
The college continues to operate in three rooms of MP Higher Secondary School here.
Amina, a student of the college, said, “We have been studying in the rented room of the MP Higher Secondary School. The construction of the college building has been going on at the snail’s speed. The government has ignored it.”
Ignoring the infrastructure scarcity suffered by the colleges, the government has sanctioned 28 new colleges, approve by the high-powered committee.
These colleges would be established in 19 districts across the state. However, the actual location of the college will be subject to the availability of free state land, government has said.
Finance Department has also given nod to the release of Rs 1 crore initially for the construction for each college.
Joint Director Colleges, G M Ganai, admitted that six colleges in Kashmir have no building of their own.
“The existing college receive student more than their intake capacity. The new colleges have been sanctioned to overcome the teacher-pupil ratio. The construction of the existing college will be completed by March 2019,” he added.