No period in JK during militancy as peaceful as it is: Jitendra Singh 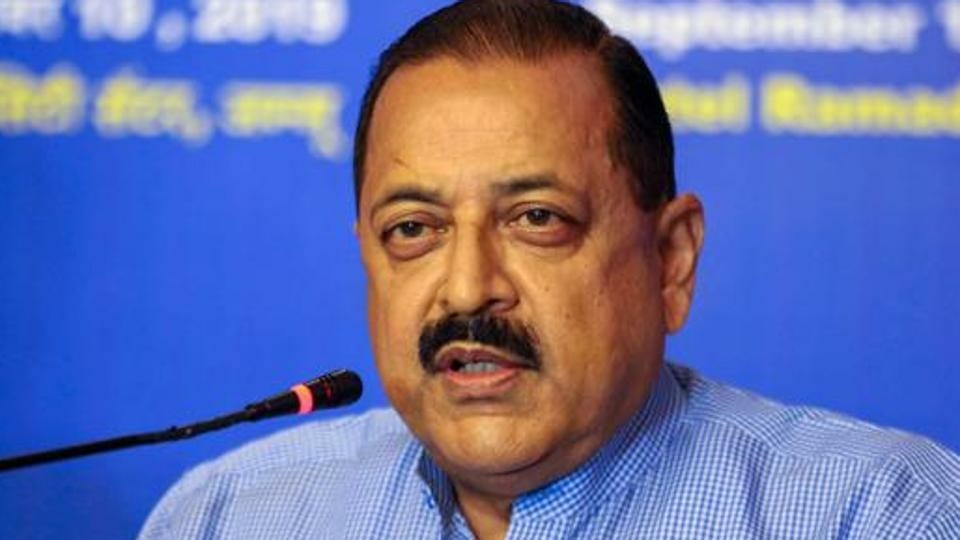 New Delhi, Mar 18: Union minister Jitendra Singh said in Lok Sabha on Wednesday that there has not been a more peaceful eight-month period in the militancy-hit region than the one since August last when Article 370 was nullified.

Intervening during a discussion on the budget for Jammu and Kashmir, he cited development figures to assert that new dreams and aspirations have emerged in the region after it was brought under the Centre’s direct rule.

Amid opposition members’ attack on the Modi government over the detention of former chief ministers Farooq Abdullah, now released, Omar Abdullah and Mehbooba Mufti, Singh hit out at them, saying they are not worried about over 40,000 people who have lost their lives in the last 30 years of militancy there but only bothered about two-three families.

The number of detainees in the union territory is the least right now in the last 30 years, the Udhampur MP said.

Some people say, Singh claimed, that things remained under control in the erstwhile state after Article 370, which gave it special status, was rolled back and it was brought under the Centre’s direct rule by being turned into a union territory because they were detained, in a reference to the former CMs.

As the opposition objected, he said he was only airing the view of a section of people who considered these leaders as ‘potential troublemakers’.

‘Prophets of doom have been proved wrong. That is their agony. It was said earthquake will follow and volcano will erupt,’ he said.

The GST collection from Jammu and Kashmir has since then gone up by 13 per cent and excise duty by 7.5 per cent while 60,000 new pensioners have been enrolled into various schemes, he said.

If this according to the opposition is ‘bad condition’ as far as Jammu and Kashmir is concerned, then let such a condition remain there, Singh said in a jibe at the opposition, adding that over 50,000 new jobs have been created.

‘The unemployment of youths will go away soon but I cannot make this guarantee about a few families,’ he said.

Some UTs do not have single AIIMS but Jammu and Kashmir has two AIIMS and eight to nine medical colleges, he said.

‘New dreams, new hopes and new aspirations have taken birth there under the leadership of Modi,’ he said, noting that the prime minister spent his Diwali after coming to power in 2014 in Kashmir with flood victims and is going to be in Ladakh, which was part of the erstwhile state and is now a UT, on International Yoga Day in June.

He said disinformation about security clampdown was spread but even in the worst of times broadband, landline and wifi connections were on in the region, and only mobile internet was blocked to target terrorists.

Not curfew but Section 144, which restricts assembly of more than four people, was imposed there after Article 370 was revoked, he said, asserting that when Section 144 can be imposed to tackle coronvarus than why not for dealing with militants.

Local recruitment of militants and infiltration have gone down, he said, adding that a record 90 lakh metric tonne of apples was sold this season following the ‘personal intervention’ of Home Minister Amit Shah.

Over 520 central laws have been applied there now and, for the first time, block development council polls were held.

The Jammu and Kashmir budget is more than what it was for the erstwhile state, which had included Ladakh, and 38 per cent of it is capital fund, Singh said.

Corruption has been curbed there, he added.

Attacking Singh’s speech, TMC’s Saugata Roy said he had never heard a lame reason for turning a state into UT, something which had never happened, demanded that it be granted statehood and elections be held there.

He demanded the release of former chief ministers.

Taking a dig at Modi, he said Jawaharlal Nehru, Vallabhbhai Patel, Indira Gandhi, Rajiv Gandhi and Atal Bihari Vajpayee knew nothing and the prime minister thinks only he knows.