Militancy structure in Kashmir has collapsed with killing of 26 commanders: DGP 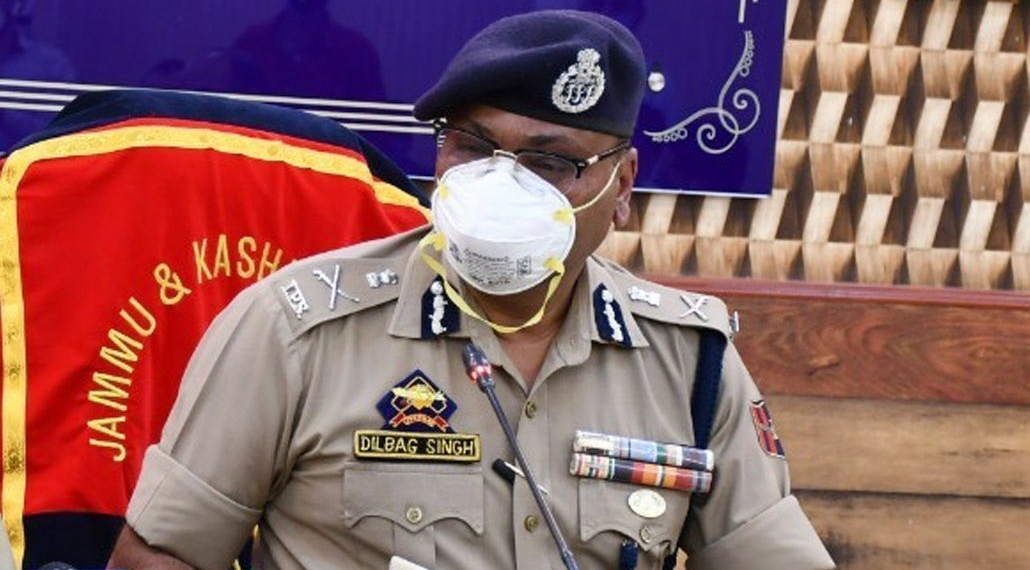 Srinagar: Jammu and Kashmir’s Director General of Police (DGP) Dilbagh Singh Thursday said that the “top structure of militancy in Kashmir has collapsed” as 26 wanted commanders of various outfits were killed in the past seven months including four top commanders of Lashkar “neutralized” in the past few weeks alone.

He termed the killing of top Lashkar commander, Sajad alias Haider, who was killed in Kreeri, Baramulla encounter on August 18 and Naseer-u-Din Lone, who was killed on Thursday in a brief shootout at Handwara area of Kupwara, as a “major success for the security forces”.

Addressing a joint press conference with the army officials at District Police Office Handwara, the DGP Singh said that the situation “is improving on ground across Kashmir and security forces have achieved major successes in the series of successful operations conducted this year since January.”

“This year in the successful anti-militancy operations conducted across Kashmir, 26 top commanders of Hizbul Mujahideen, Lashkar-e-Toiba, Jaish-e-Muhammad and other outfits were killed,” said DGP Singh, who was flanked by IGP Kashmir, Vijay Kumar and Brigadier, M S Rathore of army’s north Kashmir based Kilo Fore.

The DGP said that in the last few weeks, there were many successful operations, especially ones at Kreeri in Baramulla and another one at Handwara.

“In Kreeri, three militants, including top Lashkar commander Sajad alias Haider, was killed. He was operating on the lines of slain Hizb commander Burhan Wani and had lured large number of youth to militancy. Another Lashkar commander, Naseer, who was killed on Thursday evening at Handwara, was the outfit’s sharpshooter and had killed seven security forces personnel,” the DGP said. “With the killing of Haider and Naseer, the overall structure of militancy including that of Lashkar stands collapsed which is a good sign.”

He said that so far in 2020 year, 26 top commanders were killed in various anti-militancy operations. The DGP said that after the killing of Haider at Kreeri, Lashkar had given control of the outfit to Naseer for the entire north Kashmir.

“Naseer was active for a long time and had received arms training in Pakistan,” he said, adding that the police have the video evidence of how Naseer killed three CRPF men in Sopore this year. He said that two AK 47 riffles, one pistol, one magazines, AK magazines and over three dozen AK rounds were recovered from the slain Lashkar commander Naseer and his associate.

“In the past couple of days, six militants including four top commanders of Lashkar were killed in different operations,” the DGP said. Asked whether local militant recruitment was curbed or youth continue to join militant ranks, the J&K police chief said that at least 16 active militants have shunned the path of violence and resumed their normal life and the overall local recruitment was less compared to previous years. On whether Srinagar was militancy free, the DGP said that militants come to Srinagar to meet each other and to gather information and fresh directions from their mentors. “We have launched operations in Srinagar also and recovered arms and ammunition meant to be delivered to militants,” the DGP said.

IGP Kashmir Vijay Kumar said that 50 militants were active in north Kashmir. “All the attacks on naka parties were reported during the Covid-19 lockdown. But we conducted a series of successful operations against militants and ensured there is no collateral damage,” he said, while replying to a query.  About the number of active militants in Kashmir, the IGP said that 195 to 198 militants are active in the past and the recruitment graph has gone down.

About Wednesday night’s operation at Handwara, M S Rathore Brigadier Kilo Force said that the operation was carried out in a professional manner and Naseer was caught after laying many cordons and ambushes. “He wanted to gain ground as a Lashkar commander after killing of Haider,” the army officer said. About the local militant recruitment, the army officer said that six youth were apprehended by the army who had joined militancy. (KNO)