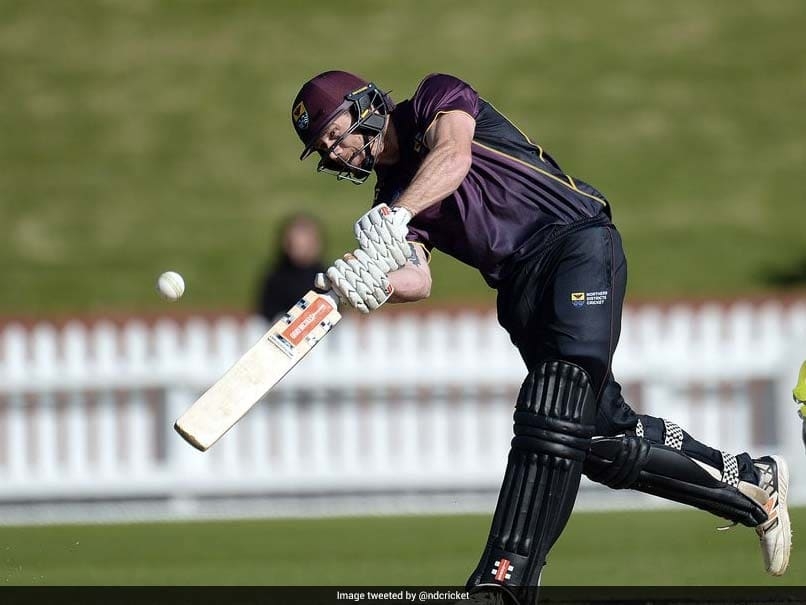 Two New Zealand batsmen Joe Carter and Brett Hampton joined forces to set a world record by hitting 43 runs, including six sixes, from an over in a domestic one-day cricket match. They were helped by a pair of no-balls as they set the record while batting for Northern Districts against Central Districts in a domestic one-day match in Hamilton on Wednesday. South Africa-born fast bowler Willem Ludick was the unfortunate victim, who went into his 10th and final over with figures of 1-42 but had them blown out to 85/1.

The first delivery of the over was a perfectly-executed wide yorker that took the inside-edged of the bat and went past the wicketkeeper for a four.

The right-armer’s subsequent two deliveries were both waist-high full tosses that were dispatched by Hampton for six over the leg-side.

The previous record for a List A one-day match was 39 runs from an over, set by Zimbabwe’s Elton Chigumbura while batting for Sheikh Jamal Dhanmondi against Abahani Ltd in the Dhaka Premier League.

The most runs conceded in an over in international cricket is 36, which has happened in both limited-overs formats, and twice in first-class cricket but never (yet) in a Test match.