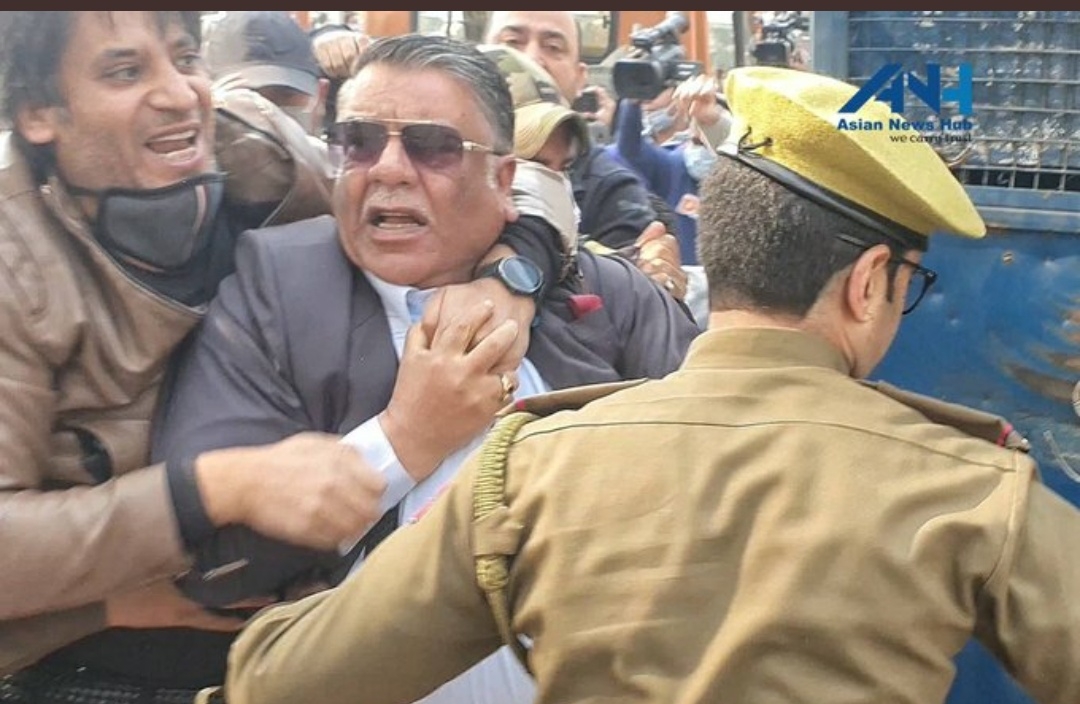 PDP leaders had organized a protest rally today from the party headquarters in Srinagar to the Press Enclave.

However, soon after the leaders reached the party headquarters, they were detained by the police already deployed there.

Witnesses said that several party leaders including Khurshid Aalam were detained by the police outside the party headquarters here. Others who were detained include Waheed Parra, Suhail Bukhari, Rouf Bhat, Mohit Bhan and others.

Pertinently, a similar protest was held in Jammu yesterday in which leaders from the PDP condemned the new land law.

Meanwhile, PDP chief and former chief minister, Mehbooba Mufti in a tweet stated that the party office in Srinagar has been sealed by the administration and workers have been arrested for organizing a peaceful protest.

“PDP office in Srinagar sealed by J&K admin & workers arrested for organising a peaceful protest. A similar protest was allowed in Jammu so why was it thwarted here? Is this your definition of ‘normalcy’ that’s being showcased in the world?” Mehbooba tweeted.

In her another tweet, she said they will continue to raise their voice collectively and won’t tolerate attempts to change demographics.

“PDP’s @parawahid, Khurshid Alam, Rouf Bhat, @MohsinQayoom_& @buttkout were arrested by J&K police for protesting against the settler colonial land laws thrusted upon people of J&K. We will continue to raise our voice collectively & wont tolerate attempts to change demographics,” she tweeted—(KNO)

2020 US presidential election to be most expensive in history; expected to cost USD 14 billion