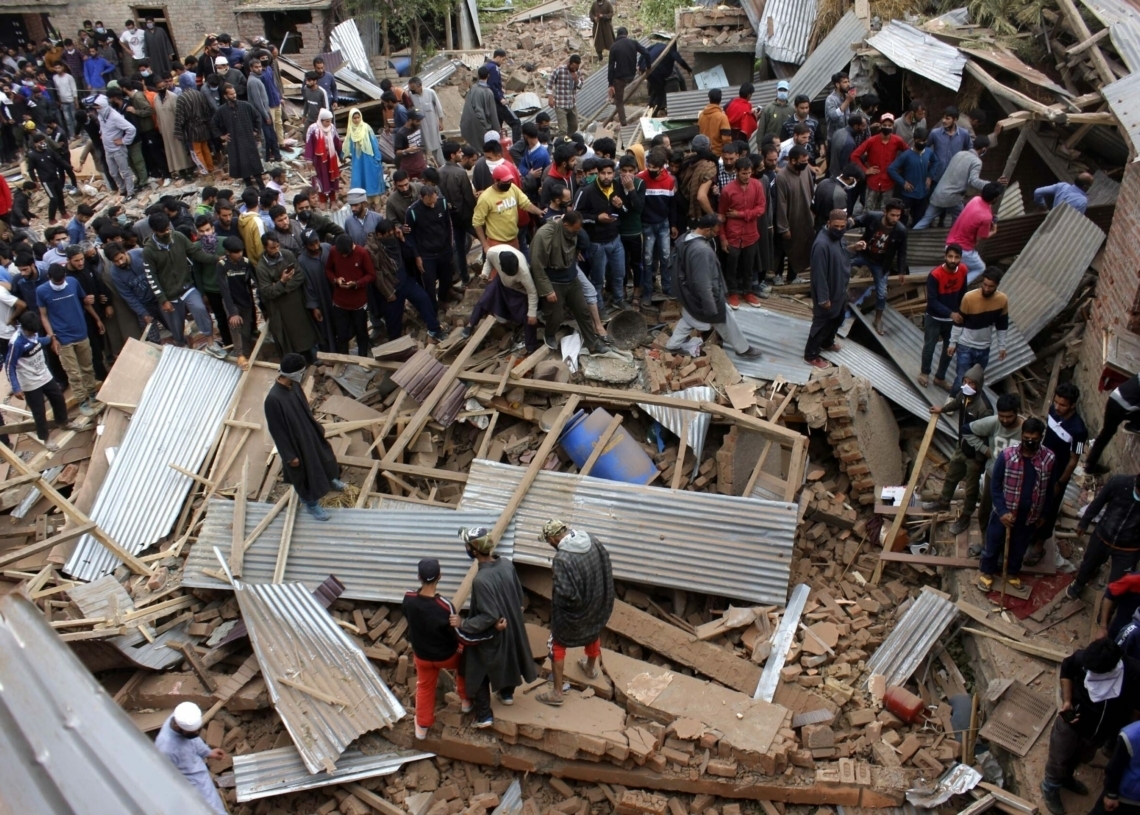 Encounter site at Beighpora, Awantipora, Pulwama where Hizb Chief Operational Commander Riyaz Naikoo and his aide were killed on May 6, 2020 (Photo: KM/Umar Ganie)

Srinagar: The hideout of Hizb operational commander Riyaz Naikoo was constructed between two “false walls” in a house and police had captured the person who had built it, a top police officer told a news channel on Wednesday.

Naikoo and his aide were killed on Wednesday in a massive operation at his home village Beighpora in Awantipora township of Pulwama district.

DGP Dilbagh Singh while speaking to ABP News said the killing of the top militant commander was a result of “six months of persistent surveillance and intelligence gathered through several sources.”

“For the last four days we had intensified the surveillance and had kept under watch everyone believed to have been helping Naikoo. Everyone including those who provided him food, water and other help,” he said.

The police, he said, then detained “a very close acquaintance” of Naikoo through whom they came to know about his possible hiding spots.

“We started searching the spots and eventually reached the one where Naikoo was hiding,” he said.

As police and other government forces zeroed in on the house, there was firing from within it triggering an encounter, the police chief added.

“The firing continued for some hours in which Naikoo and his associate were killed,” he said.

Singh said that the spot where Naikoo was hiding was between “two false walls and had enough space to sit and rest.”

“We detained the person who had built it and from him we came to know about the location,” he said.

“Apart from this hideout, there were at least six other tunnel-like hideouts that Naikoo was using. These tunnels were dug in a way that one couldn’t decipher the entrance and exit points,” he said.

Police, as per local sources, had to use JCB machines to excavate through the swatches of land to uncover the tunnels dug beneath.

The DGP added that there was massive stone pelting in the area adding that both forces and civilians were injured.

“But the situation is under control now,” he said.

Asked if Naikoo’s killing has “decimated Hizb as an organisation”, the DGP said that saying so “is correct to some extent.”

“When the leader dies, it does impact the organisation but we will watch how Pakistan is going to proceed with its nefarious designs and we will act accordingly,” he said.