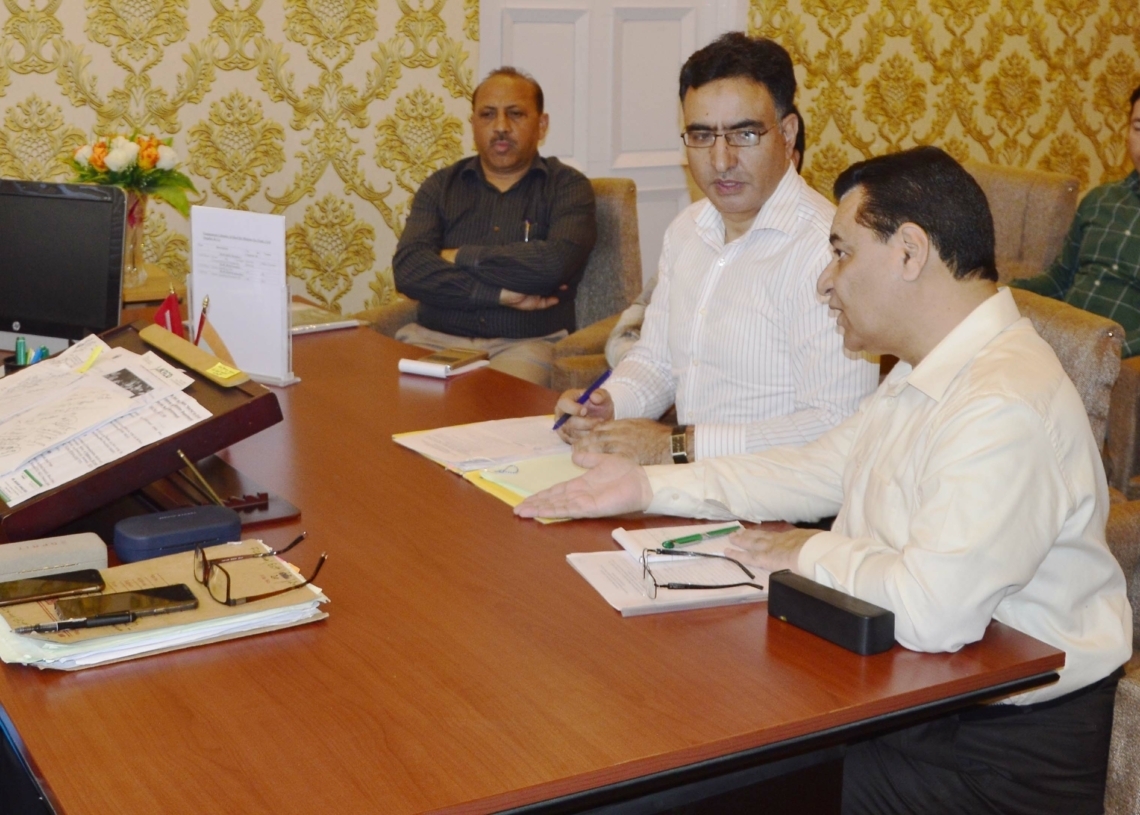 SRINAGAR, MAY 28: Minister for Food Civil Supplies & Consumer Affairs (FCS&CA), Mohammad Ashraf Mir today said that the use of modern technology will ensure increased transparency and proper distribution of food grains in the State.
The Minister was speaking during a meeting attended by Secretary FCS&CA Dr Abdul Rashid, MD SRTC Mir Afroz, Additional Secretary Transport, Financial Advisor FCS&CA and other concerned officials.
Various issues related to the timely and hassle-free distribution of food grains to the people across Jammu and Kashmir were discussed during the meeting.
Mir emphasized on the use of modern technology for bringing greater transparency in the functioning of the department. He said that people have many hopes and expectations with FCS&CA department and officials should work hard to meet those expectations.
To prevent possible pilferage in food grains, the Minister directed MD SRTC to install GPS in all the vehicles so that the movement of vehicles are tracked in real time. He further directed the officials to set up a control room to monitor the movement of vehicles travelling to different ration depots. He said that strict action should be taken in case of dereliction of duty by any employee.
The Minister said that a committee will be constituted to draft an MOU which will be signed with SRTC for efficient, timely and cost-effective delivery of food grains to their destinations.